ESPN announces massive layoffs, job cuts as COVID-19 impacts revenues
The president of ESPN revealed in a memo job cuts and layoffs as prior cost-cutting methods appear to have not been effective in curbing the impact of the pandemic.

Cord-cutting and a shift by younger consumers away from TV subscriptions continue to erode that revenue source. Households with pay TV, most of which carry ESPN, have been on a steady decline from their peak in 2010.

Pitaro has previously said that the company is moving toward serving the streaming audience and that ESPN will be prepared to serve viewers as they shift to new viewing platforms.

The cuts are the latest within Walt Disney Co, which has been buffeted by the health crisis.

The Burbank-based company in September said it would lay off 28,000 domestic employees at its parks, experiences and products division, which includes Disneyland Resort and Disney California Adventure Park in Anaheim and Walt Disney World in Orlando, Fla. 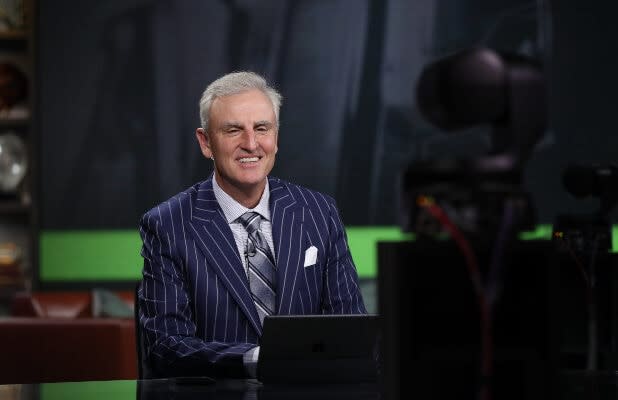 One of ESPN’s longtime faces is leaving the network. Trey Wingo, who hosted “SportsCenter” and the network’s NFL Draft coverage over a two-decade tenure, is exiting the network after his contract was not renewed.The decision not to re-up Wingo’s contract came as part of ESPN’s massive job cuts...

After escalating tensions with the network over the creative direction of his content, Dan Le Batard is leaving ESPN.

Same thing happened to Cari Champion after leaving First Take. Her next move will be out of the door

Is that going to include the talk shows? They are awful!
J