Thread #16 about Trump (and possibly last as president?) EDIT: It is the last as President

Staff member
Pack that flag up.....

These people are the scum of the Earth and their followers are sick.

Herbert77060 said:
These people are the scum of the Earth and their followers are sick.
Click to expand...

Notice they made sure to show the BLACK GUY first and show his face but not the black woman in the front row. 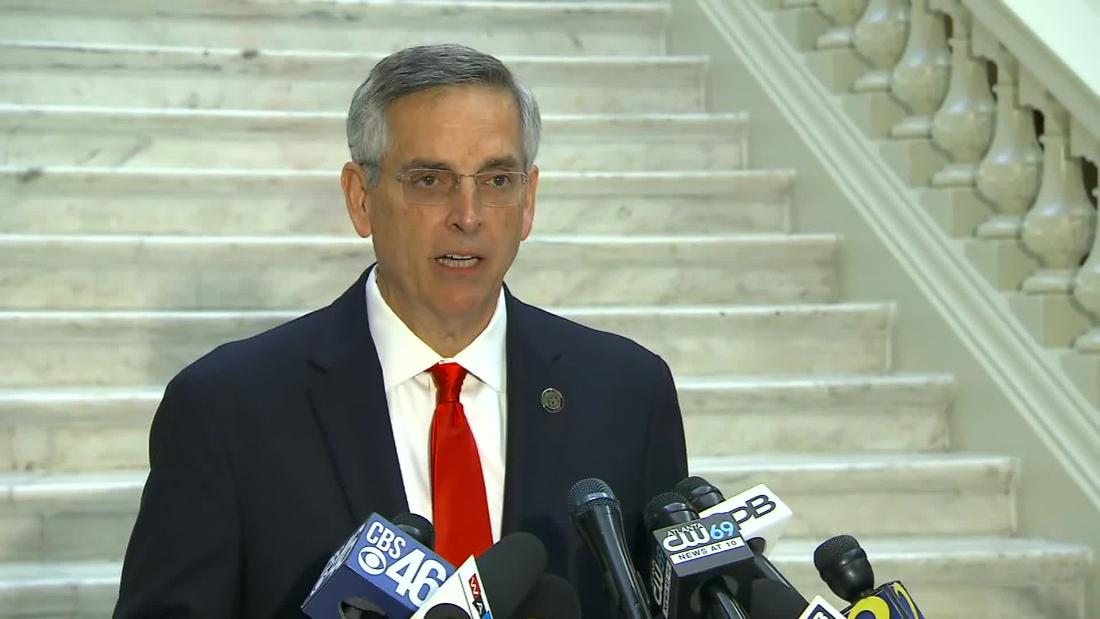 Georgia Secretary of State Brad Raffensperger on Monday rebuked calls from Republican US Sens. Kelly Loeffler and David Perdue to resign as both of their Senate races appear to be headed for a January runoff.

Trump still lying about he is won the election will somebody get this fool View: https://youtu.be/8STxnThjZM4

Because there's been SO much legal turmoil around the President for his entire first term, I thought it might make sense to go over the pending litigation involving him and where it all stands at the moment.
1) Manhattan district attorney's office looking into financial inner workings of the Trump Organization. This case, which is being overseen by Manhattan DA Cyrus Vance Jr., grew out of questions regarding several hush money payments made in the run-up to the 2016 election by then-Trump fixer Michael Cohen to women alleging they had engaged in extramarital affairs with Trump. (Cohen told Congress, under oath, in 2019 that there was "no doubt" in his mind that Trump knew about the hush money payments.) The investigation is broader than just the hush money, however. As CNN's Kara Scannell and Erica Orden wrote last month:

"Prosecutors have suggested in court filings that the investigation could examine whether the President and his company engaged in bank fraud, insurance fraud, criminal tax fraud and falsification of business records."
Trump has repeatedly sought to block the DA's subpoena of eight years of his tax returns and financial records as part of the investigation.
2) New York state attorney general examining how Trump valued his assets. In the wake of Cohen's testimony alleging that Trump, along with his family members, had repeatedly "inflated his total assets when it served his purposes, such as trying to be listed among the wealthiest people in Forbes, and deflated his assets to reduce his real estate taxes," New York AG Letitia James announced that she would investigate the claims to see if they elevate to the level of fraud. Just last month, Eric Trump was questioned under oath about whether he or the Trump organization sought to artificially inflate and deflate their assets.
K

TEARS IN HEAVEN Televangelist breaks down crying when he finds out Joe Biden won the election as asks God if ‘that’s it? We’re done?’

"Lord, have you brought Mike Pompeo to be Secretary of State, only for that to end now? Have you brought, Lord, Amy Coney Barrett, into the court and that's it? We're done? We in this room, we're still pro-life here."

Before breaking down in tears and getting down on his knees with the word "WHY" on the screen behind him in capital letters, Hibbs professed his faith in Jesus.

However, his faith wasn't enough to prevent 77-year-old Biden from obtaining more than the needed 270 Electoral Votes on Saturday - leading major news outlets to announce him as the president elect.

“The View” co-host responded to the news with a priceless meme of her father, the late Sen. John McCain.

And she did it by sharing a meme with a twist on an insult Trump famously hurled at her father, the late Sen. John McCain (R-Ariz.), who was the 2008 Republican presidential nominee: