Starting this week and running through at least Inauguration Day, armed protests are being planned at all 50 state capitols and at the U.S. Capitol, according to an internal FBI bulletin obtained by ABC News.

The FBI has also received information in recent days on a group calling for “storming” state, local and federal government courthouses and administrative buildings in the event President Donald Trump is removed from office prior to Inauguration Day. The group is also planning to “storm” government offices in every state the day President-elect Joe Biden will be inaugurated, regardless of whether the states certified electoral votes for Biden or Trump.

"The FBI received information about an identified armed group intending to travel to Washington, DC on 16 January," the bulletin read. "They have warned that if Congress attempts to remove POTUS via the 25th Amendment, a huge uprising will occur."

Good let him starve, he ought to be happy, he's provided room, board, and three square meals. Isn't that why they say about people who are incarcerated? That they should be happy, the state is taking care of them????

Mo Brooks should be arrested 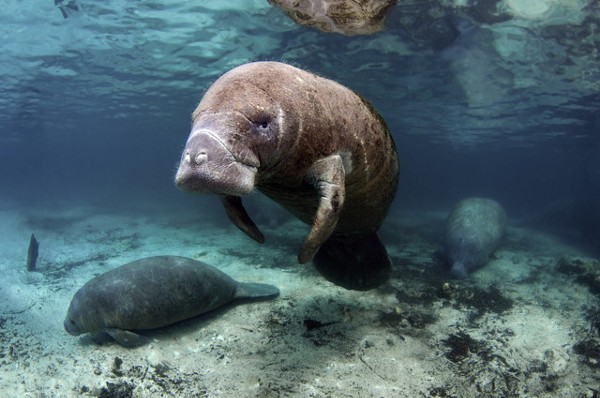 Officials are investigating after a Florida manatee was abused last weekend. The Citrus County Chronicle reports that the U.S. Fish and Wildlife Service is currently seeking...

Officials are investigating after a Florida manatee was abused last weekend.

The Citrus County Chronicle reports that the U.S. Fish and Wildlife Service is currently seeking information regarding a manatee that was discovered with “Trump” scraped into its back near the Blue Hole on the Homosassa River.

According to the FWC, manatees are considered “threatened” in the state of Florida, and it is against the law to touch the animals. Manatee are also protected by the Florida Manatee Sanctuary Act of 1978, which states: "It is unlawful for any person, at any time, intentionally or negligently, to annoy, molest, harass, or disturb any manatee."

Hopefully his descendants wont keep up his bad habits of supporting the leader of the coup d'etat.

Las Vegas: Sheldon Adelson, the billionaire mogul and power broker who built a casino empire spanning from Las Vegas to China and became a singular force in domestic and international politics, has died after a long illness, his wife said.

At one point the third richest man in the world, Adelson brought singing gondoliers to the Las Vegas Strip and went all-in betting Asia would be a bigger jackpot than Sin City.

He was the son of Jewish immigrants, raised with two siblings in a Boston tenement, who over the second half of his life became one of the world’s richest men. The chairman and CEO of the Las Vegas Sands Corproation brought singing gondoliers to the Las Vegas Strip and foresaw correctly that Asia would be an even bigger market. In 2018, Forbes ranked him No.15 in the US, worth an estimated $35.5 billion ($46 billion).

Trump boasts he is at 'zero risk' of removal by the 25th Amendment https://www.dailymail.co.uk/news/ar...h-Amendment.html?ito=native_share_article-top

Where is the outrage from the Thin Blue Line??

Some of FAUX NEWS folks need to be arrested too......LOL 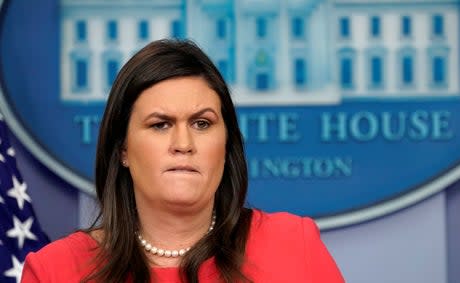 'You didn't take the advanced class. If you had, maybe you would better understand the First Amendment’

get your popcorn...the news cycle is about to explode with political entertainment with possible racial violence around the country.

Herbert77060 said:
Where is the outrage from the Thin Blue Line??
Click to expand...

Where is the collective outrage from Black Law Enforcement Officers around the country?...I'm sure y'all didn't see the day when scraggly racist white men would be beating you down with poles..really sad!

Dozens of people have been arrested on charges related to the riot by Trump supporters at the U.S. Capitol who protested the election of Joe Biden.

Larry Rendell Brock -- the retired Air Force lieutenant colonel who's one of the Capitol insurrectionists last week -- can thank his ex-wife for his arrest.

As we reported -- Brock was the guy photographed holding zip ties inside the Senate chamber and was pretty easy to ID as he was decked out in body armor, a military helmet and a tag with a Punisher skull ... but his former spouse provided further intel to law enforcement. A Black security guard who says she punched a white Trump supporter in self-defense during the contentious evening on Washington, D.C., streets the night