Fine tune your sensory apparatus for a show that will stun. The Boom is too great for the green, too much for the mediocre, and too bad for the best that the Honda has to offer.

The Sonic Boom of the South with Dear Silas “I Got It” video featuring Big K.R.I.T.
View: https://youtu.be/DJUOFrsT42o
For Dr. Roderick D. Little, associate director of bands and marching band director of the Sonic Boom, the collaboration was a no brainer. “We play a variety of music from original compositions to popular contemporary music. Hip-hop and what we play correlate with each other vastly because we always attempt to appeal to the younger generation because they are the age group that we attract as potential members,” Little shared.

Furthermore, the director said it is always a plus to work with artists in the music industry. Not only does it bring positive notoriety to JSU’s band program, but it also brings notoriety to the artist, he said.

“The song ‘I Got It’ proposes a very positive message. Positivity is what we promote with our program,” he said.

Lastly, Little shouted out Dear Silas, and his attorney, Jeffrey Graves, a JSU alum, for the opportunity to be featured in the video. “We hope that more artists take notice and book “THEE Best Band in the Land” to take place in their video as well.”

By Rachel James-Terry Mississippi music artists Dear Silas and Big K.R.I.T.’s video “I Got It” features JSU’s very own Sonic Boom of the South. Dropping at 6 p.m. today, the feel-good video pays ho…

“City With Soul (My City),” written and recorded by singer and songwriter Teneia Music featuring 5th Child, features a fun mix of Jackson sites, Sonic Boom of The South and a message of civic pride that showcases the city’s people at its core.
View: https://www.youtube.com/watch?v=MK1TgGl7nJo 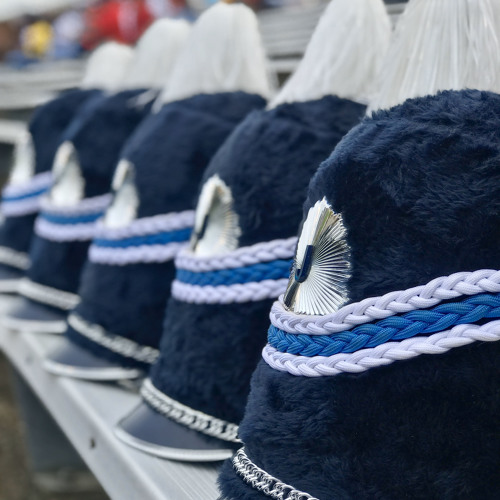 Listen to Sonic Boom OTS | SoundCloud is an audio platform that lets you listen to what you love and share the sounds you create.

Jackson State University’s very own marching band, the Sonic Boom of the South, has just made history at Jackson State University. The Boom’s halftime field show performance during the New Orleans Saints vs. Atlanta Falcons has been selected for showing at the College Band Directors National Association (CBDNA) Southern Conference held Feb. 20-22 at Northwestern State University in Natchitoches, Louisiana.

This will be JSU’s first time participating in the conference, founded in 1941, and the university is the only historically black college selected this year.

According to their website, members of CBDNA are devoted to the teaching, performance, study, and cultivation of music, with a particular focus on the wind band medium. It is an inclusive organization whose members are engaged in continuous dialogue encompassing myriad philosophies and professional practices. It also serves as a dynamic hub connecting individuals to communities, ideas and resources.

“The reason why this is significant is that HBCU’s usually aren’t selected to be shown in this particular light, so this is new grounds for JSU. It’s a sentiment to the hard work that our students are doing,” says Dr. Roderick Little, JSU’s band director.

Jackson State University’s very own marching band, the Sonic Boom of the South (@SonicBoom_OTS), has just made history...

Sonic Boom recruits well in Dallas ... seen it first hand. The best high school band in Dallas is Skyline High School and most of the kids end up at JSU, SU, or PV ... unfortunately very few go to TxSU

No marching band can work a parade and excite a crowd like the Boom does!

#JSUKids - Are the Sonic Boom of The South's drum major tryouts over? We know someone interested!
Chance represented Jackson State University well at the Bertha Blackburn Headstart Center's Black History Program. We hope to see him marching in the Sonic Boom one day!
View: https://www.facebook.com/JacksonState/videos/1050478451996027/

The Sonic Boom of the South High School Band camp will be June 21-27, 2020. Sign up and payment for the camp begins on March 8th; please note that prices have changed since the previous years. Visit www.sonicboomofthesouth.com for more information.

The Prancing J-Settes | Sonic Boom of the South

Prancing J-Settes, the Jackson State University’s official dance line, is an auxiliary group of Sonic Boom of the South. Our members take great pride in mastering excellent choreography and dance routines as well as our display of finesse and model citizen values. Get in touch with us.

*********JSU BANDS AUDITIONS!!!!********
The JSU Band Program has begun it’s recruitment campaign! The campaign will end on June 1. Scholarships are available for those that qualify. We’re looking for a set number of instrumentation for our 2020 freshmen class so sign up immediately to secure your spot today!

To sign up and to review our audition requirements, please visit www.sonicboomofthesouth.com/auditions-forms/

We have some very exciting things lined up for the 2020-21 season as we continue to improve all facets of our program. We want YOU as apart of the legacy!

IMPORTANT NOTE: Because of the recent outbreak of the coronavirus, the university band staff has been prohibited to travel. As a result, we encourage all to schedule an electronic/video audition. Individual students AND band directors (that are setting up auditions for two or more students) are encouraged to sign up!

If you have any questions, please email: jsubands@jsums.edu