Editor’s Note: This is part two of a two-part series that grades all SWAC football teams based on how they’ve fared the first half of the season. Click here to read part one.

It’s Week 7, which means we’ve reached the half-way mark in Southwestern Athletic Conference (SWAC) football play. By now, fans should have some idea of how their teams could potentially end the season. For some, this might be a great read. For others, not so much.


Below are my midseason grades for the SWAC’s West Division teams. 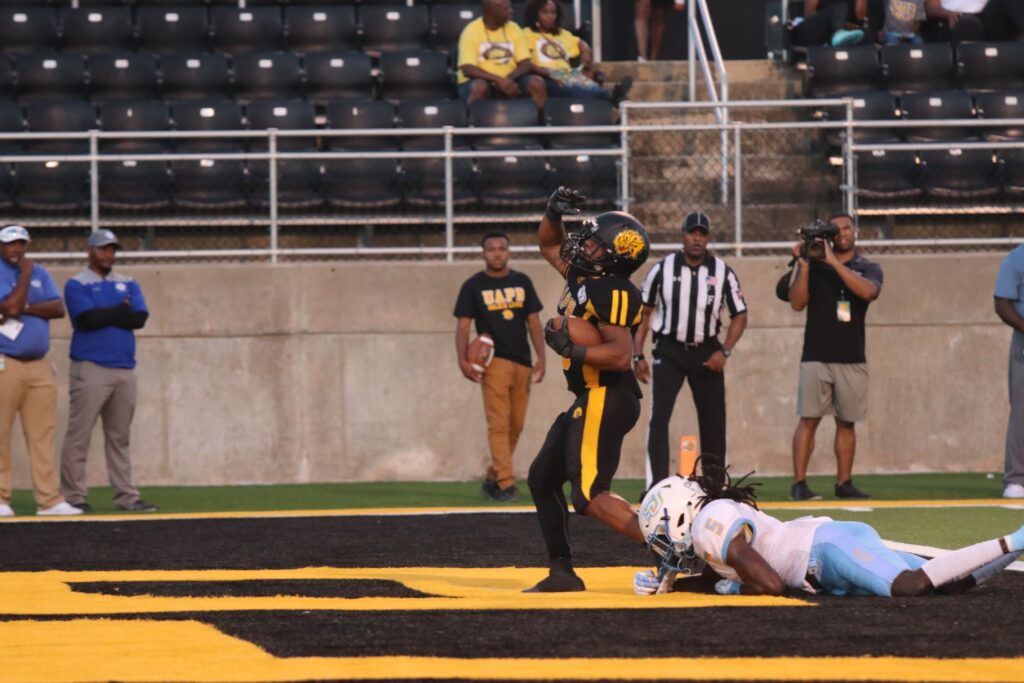 This year’s 5-2 start is the best that the Golden Lions had seen since 2012 when they finished that season 10-2. With the second-best scoring offense in the SWAC, UAPB defeated Alabama A&M, 52-34, using a two-quarterback system. Starting quarterback Shannon Patrick and backup Skyler Perry both threw for three touchdowns in the win.

The Golden Lions have been using two quarterbacks all season, but Patrick has been at the helm mostly while showing off one of the best quarterback/running back duos in the SWAC. Senior running back Taeyler Porter is averaging 96.6 rushing yards per game sitting second in the conference, while tied for first with the most touchdowns (10).

However, the Golden Lions were limited to just one touchdown in each of their losses against staunch opponents: In the opening week, a 39-7 loss to Big 12 foe TCU, and a conference loss to Southern, 31-7. 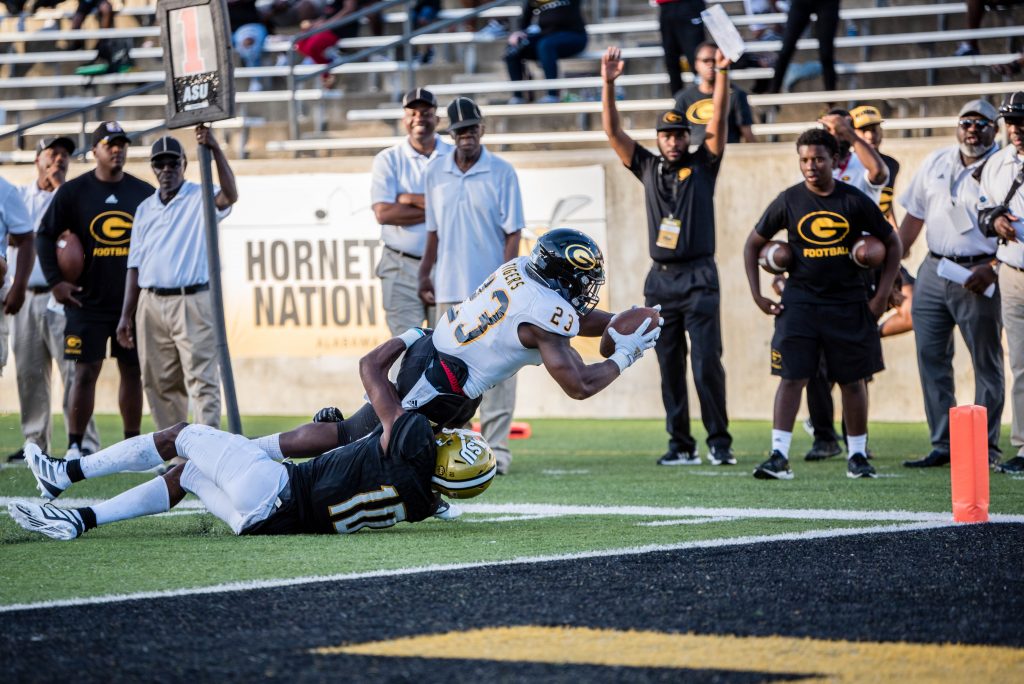 With their last three losses being decided by six points or less, the Tigers have not utilized the opportunities presented to them in game-winning scenarios. And penalties proved to be costly.

The defense has been holding down the fort and is managing to keep the loss scores narrow. Ranked second in the SWAC, the G-Men defense gives up an average of 24.5 points per game.

Every week Grambling State seems as though it’s knocking on potential’s door. To be better, the Tigers have to execute on offense, eliminate the penalties, stay consistent on defense, and prove that they can beat more than just a 1-5 Jackson State and a mediocre Alabama A&M.

In a 45-41 win in the State Fair Classic against Grambling, Tucker registered 263 rushing yards and tallied 128 yards in a 45-41 loss against Alcorn State. Tucker had a pair of touchdowns in both match-ups.

Offensively, the Panthers have proven they can battle and scrap against the top SWAC programs, but their lack of defense (ranked No. 8 in the conference) is preventing them from being recognized as an elite SWAC program.

Southern is sitting at the top of the SWAC West right now with conference wins against the next two proceeding teams in the division, Arkansas- Pine Bluff and Prairie View.

The Jaguars lack in the passing game with just 137 attempts all season, but they are on the ground running, amassing 1,237 yards with 18 rushing touchdowns so far to make up for it. This method was pretty effective against Arkansas Pine Bluff, who limits teams to 154 rushing yards per game (third in SWAC). Southern registered 269 rushing yards in the nightcap.

Still left to play against are the current top two defenses in the conference, Alcorn State on Oct. 26, and Grambling State on Nov. 30 in the Bayou Classic.

But for now, it works.

It’s opening week. Texas Southern is taking on Prairie View. At the
end of the first quarter, the Tigers are leading 13-6. But the Tigers haven’t been comfortable since then, and haven’t looked comfortable in awhile.

The Tigers nearly got their first win against Alabama A&M in
Week 6, but lost in overtime, 35-28.

Johnson is leading with a 149 percent passer rating just 0.8 shy
Alabama A&M’s Aqeel Glass’s No. 1 spot. Additionally, the Tigers have Donnie Corley, who leads the conference in receiving averaging 121 yards per game in five games played.

The offense is fairly decent, but the defense is sitting in a hole, giving up 52 points per game, and 40 against SWAC opponents.