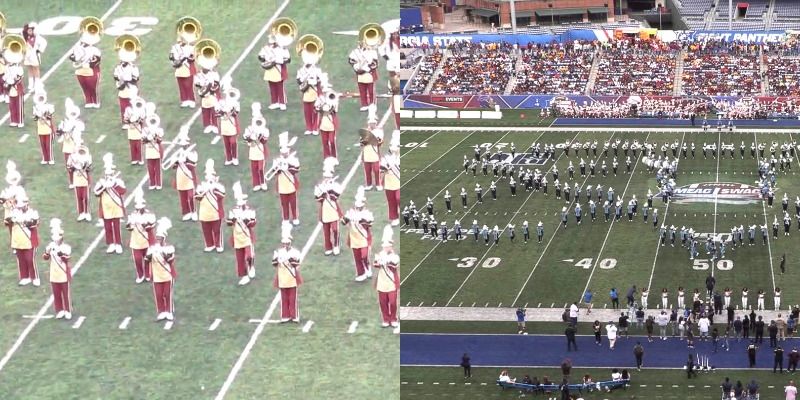 The 2019 edition of the MEAC/SWAC Challenge featured Bethune-Cookman and Jackson State.

Despite trailing in the 2nd half by a score of 9-0, the Wildcats managed to rally from behind to defeat Jackson State 36-15.


And then there was the halftime show.

The show, featuring Bethune-Cookman’s Marching Wildcats and Jackson State’s Sonic Boom of the South, are two of the bands ranked among our preseason top 15 list.

Since there is no score kept to determine a winner of the halftime show, we’ve created our very own poll for our readers to decide.

Which band won the MEAC/SWAC Challenge halftime show? Take a look at the performance of each band and then cast your vote below.

Poll: Which band won the 2019 National Battle of the Bands

By HBCU Sports5 days ago
Bands