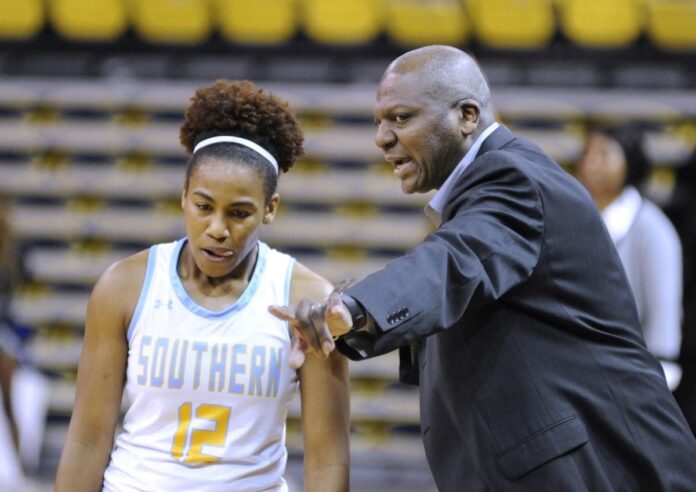 Funchess and Jackson received extensions through the 2023 seasons, along with additional compensation to their respective base salaries.


Jackson’s contract includes a two-year extension through the 2022 season with an option year in 2023.

In his first season as head coach, Funchess guided the women’s basketball team to 20-12 and led Southern to the program’s third Southwestern Athletic Conference Regular Season title. Southern captured the first SWAC tournament championship in a decade and sent Funchess, a Mississippi native, and the Jaguars to Starkville for the NCAA Women’s Tournament, the fifth appearance in program history.

Jackson ushered in a new era in Southern University baseball, producing a 23-game turnaround in the win column after battling through a 9-win season in 2018.

Southern opened the 2019 season going undefeated in the Andre Dawson Classic before reeling off 17 conference wins and a signature midweek win over nationally-ranked LSU.

The Jaguars punctuated their remarkable turnaround with a dominant 15-0 win over SWAC East Champion Alabama State and received the league automatic bid to the NCAA Baseball Starkville Regional.