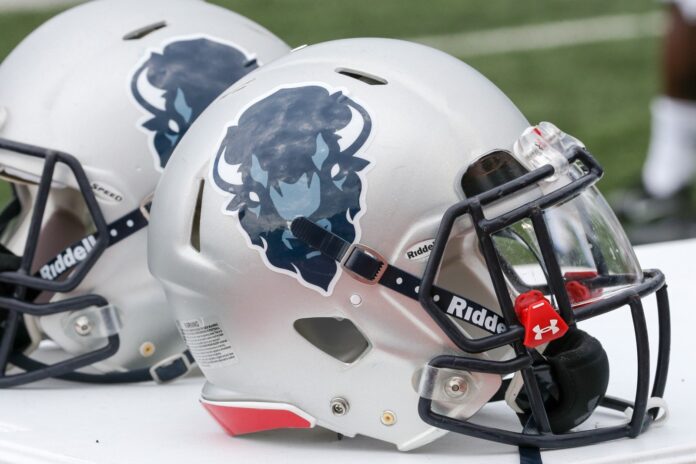 “We are looking forward to one of the most ambitious schedules in Howard University football program history. This schedule provides our program with a challenging inventory of traditional & nontraditional opponents. This level of national exposure is befitting of a top-tier institution like Howard University and its stakeholders. It also aids in our ambition to become the District of Columbia’s college football team.

Howard opens the season with Big Ten Conference opponent University of Maryland, on Saturday, Aug. 31 in College Park, Md. The Bison and the Terrapins last met on September 3, 2016, at Maryland, where the squad fell 52-13.

HU hits the road for the second road game of the season with a Saturday, Sept. 7 contest against Youngstown State University (YSU). YSU is a traditional FCS powerhouse with four national championships to boasts, marking the program with the third most titles in FCS history.

After a yearlong intermission, Howard and Hampton will face off on the gridiron on Saturday, Sept. 14 in Chicago, Ill., for the 2019 Chicago Football Classic at Soldier Field.

The last nonconference game of the season will take place in Cambridge, Mass., against Harvard on Saturday, Oct. 5. Harvard is one of the oldest football programs in America commencing its program in 1873 and is noted as the 8th winningest team in college football history. The history between Howard and Harvard dates back to 1893 when the Crimson provided the Bison with their first football uniforms adorning the distinguishable “H.”

“In addition to a robust nonconference schedule that includes diverse & compelling matchups, we compete in the always strong Mid-Eastern Athletic Conference (MEAC) which features some the best programs at the FCS level. We aspire to have a team that matches the excellence of our institution with its play on the field. Through the continued and loyal support of our fans, campus community, and leadership groups we will accomplish this goal.”

Coach Prince and the Bison football team will take a brief recess and open conference play beginning with Bethune-Cookman at Greene Stadium on Saturday, Sept. 28 in Washington, D.C. On that day, HU will celebrate breast cancer awareness, Howard organizations, and Greek-letter organizations.

The 2019 homecoming game will take place on Saturday, Oct. 12 against Norfolk State. The homecoming theme and schedule of events for the week will be disseminated at a later date. Howard Athletics will kickoff the week with Bison Madness on Monday, Oct. 7.

HU wraps up the 2019 regular season with Morgan State on Saturday, Nov. 23. Before kickoff Prince will honor and celebrate members of the senior class. 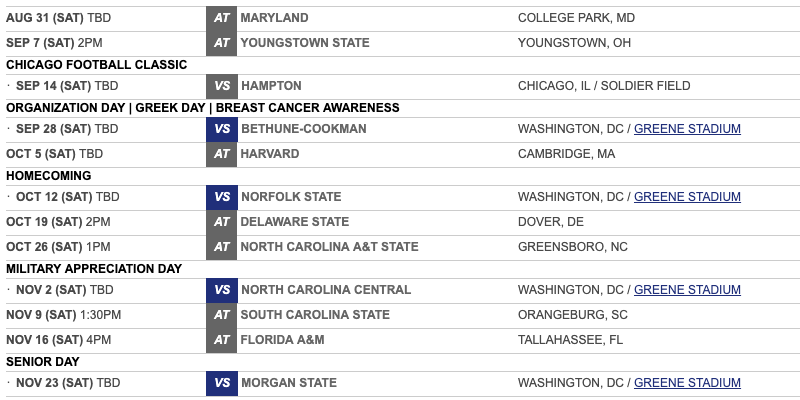