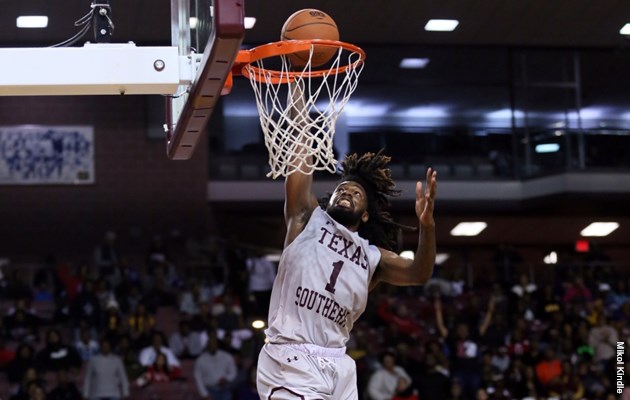 EDINBURG, Texas – The end of March is approaching and the Tigers of Texas Southern University are still playing basketball.

The Tigers advanced to the quarterfinals of the CollegeInsider.com Tournament after defeating Texas–Rio Grande Valley 94-85 on Monday. Jeremy Combs scored 27 points and pulled in 17 rebounds to lead five Tigers scoring in double-figures.


The Tigers used a 14-2 run between the 7:26 and 4:27 marks of the second half to take control of what had been a back-and-forth game. A pair of 3-pointers from Tyrik Armstrong and Jalyn Patterson 10 seconds apart capped the run to give the Tigers an 82-73 lead.

Armstrong scored 16 points and handed out seven assists for the Tigers, while Patterson chipped in 10 points. John Jones came off the TSU bench to score 12 points, while Devocio Butler added 11 points for TSU.

With the win, the Tigers won their sixth consecutive true road game. It was also TSU’s 12th road win of the season.

Texas Southern will travel to face Louisiana-Monroe Thursday at 8:00 p.m.