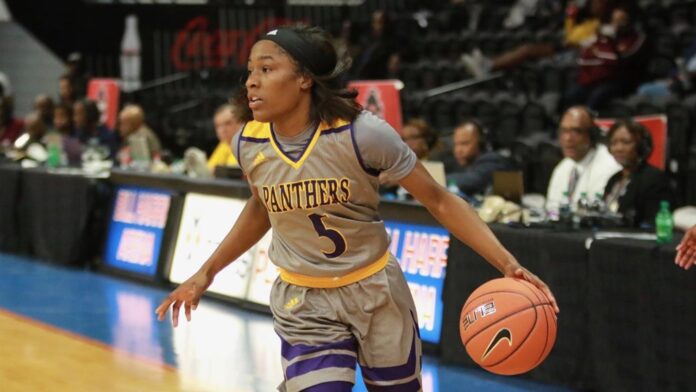 The Panthers will travel to Fort Worth, Texas to face Texas Christian in the first round of the 2019 WNIT on Thursday, March 21. The time for the game will be announced March 19th.


The Lady Panthers had a phenomenal season finishing 13-5 in conference play and 20-12 for the entire 2018-2019 season, under the direction of first-year head coach for Prairie View A&M Sandy Pugh.

Shala Dobbins earned 1,000 career points this season while finishing her senior season with a spot on the SWAC First Team averaging 14.9 points per game; she also led the SWAC with an 83.4 Free Throw Percentage. Artavia Ford earned All-SWAC Second Team averaging 11.8 ppg, while averaging 1.7 Blocks per game which was second in the SWAC.

The Panthers opened the tournament with a 69-56 win over Alabama A&M, before heading to Birmingham to play Jackson State in the semifinals of the tournament. PVAMU fought hard taking the game into not one but two overtimes, coming up just a little short falling 75-63 in the final minutes.