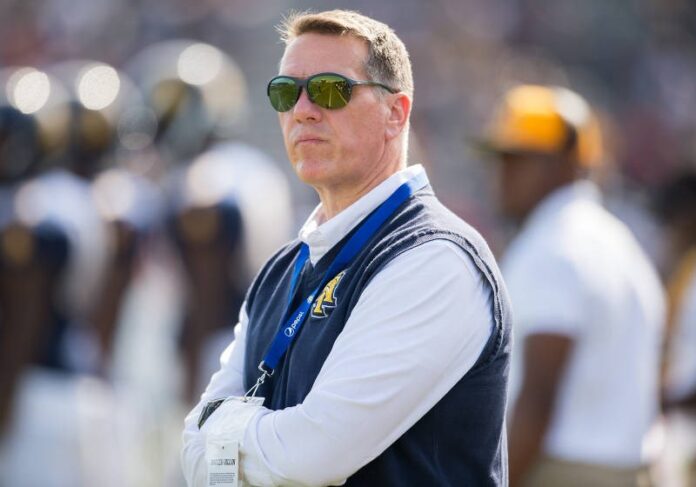 The Under Armour awards program was created to honor intercollegiate directors of athletics for commitment and administrative excellence within a campus or college community environment over the past year. The awards span seven divisions — NCAA FBS, FCS, Division I-AAA, II, III, NAIA/Other Four-Year Institutions and Junior/Community Colleges — and annually honor 28 athletic directors (four from each division).


Hilton has served as A&T athletic director for eight years, leading its 17 Division I sports teams from challenging circumstances to unprecedented success on the field and in the classroom. Under Hilton, the Aggies have won a combined 26 conference regular-season, championship meets or tournament championship titles, played in 11 postseason bowl or tournament games and they have won seven games or matches there.

In men’s and women’s track, Aggies have been even more dominant, winning a combined nine indoor and outdoor conference championships over the past three years. This past February, N.C. A&T became the first MEAC institution to win three consecutive conference championships in both men’s and women’s indoor track and field. In 2018-19, the women’s basketball team went undefeated in the MEAC marking the first time in school history the program has accomplished the feat.

Numerous Aggies have moved on to professional competition over the past few years, as well, including Tarik Cohen of the Chicago Bears and Brandon “Big Stuff” Parker of the Oakland Raiders in the NFL and Cutter Dyals in the Atlanta Braves organization of Major League Baseball. In amateur competition, women’s track star Kayla White and men’s standout Chris Belcher logged global and national best times in the 200 meter and 100-meter sprints.

“Earl is not only an exceptional leader, focused on excellence in both academic and athletic performance, but an outstanding role model for the coaches and student-athletes in our athletics program,” said Chancellor Harold L. Martin Sr. “He leads with his values, never avoids the tough decisions and requires that his teams compete with honor. I could not ask for anything more from an athletic director. This award is richly deserved.”

Hilton received his B.S., degree in political science in 1992 from Lamar University. He also has a Master’s degree in public administration and a Juris Doctorate from Texas Tech University.