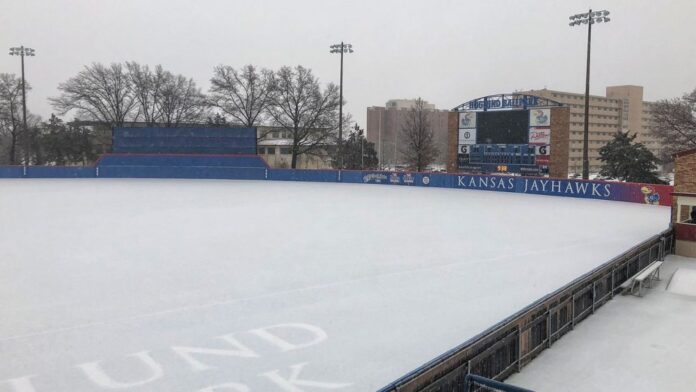 LAWRENCE, Kan. – Kansas and Texas Southern officials announced Wednesday that the four-game series slated for Feb. 22-24 at Hoglund Ballpark on the campus of the University of Kansas has been moved to the Melissa Sports Complex in Melissa, Texas.

“With snow and other inclement weather hitting the Lawrence, Kansas area, moving the series to the Melissa Sports Complex will give us the best opportunity to play all four games,” Kansas head coach Ritch Price said.


The Jayhawks and Tigers began a doubleheader on Friday which started at 11 a.m.