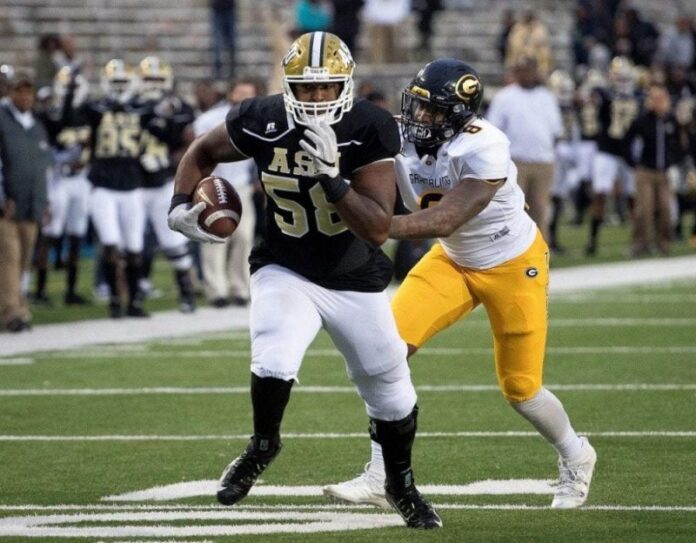 Tytus Howard had a few rough moments during the first day of Senior Bowl practices, but the Alabama State offensive lineman was considered among the most intriguing draft prospects.

Howard, who measured at 6-foot-5, 322 pounds and 34½-inch arms, got rave reviews from NFL Draft analysts in Mobile, Alabama.


#AlabamaState OT Tytus Howard holding up really well in 1-on-1’s,” wrote The Athletic draft analyst Dane Brugler on Twitter. “Just like his Auburn tape, he doesn’t look out of place vs. top competition. Easy player to like.”

What observers like about Howard, and what was on display during workouts, is his size, lateral movement and ability to play multiple positions along the offensive line.

Prior to the start of Senior Bowl workouts, NFL.com reporter Ian Rapoport said scouts told him that Howard was one of the players “they’re excited about seeing, especially against the top competition he rarely saw in college.”

Below is Howard impressively continuing to block an edge rusher despite his helmet coming off.

#AlabamaState OT Tytus Howard giving all effort. Continues to block even after his helmet comes off pic.twitter.com/QuBYMJgGzu