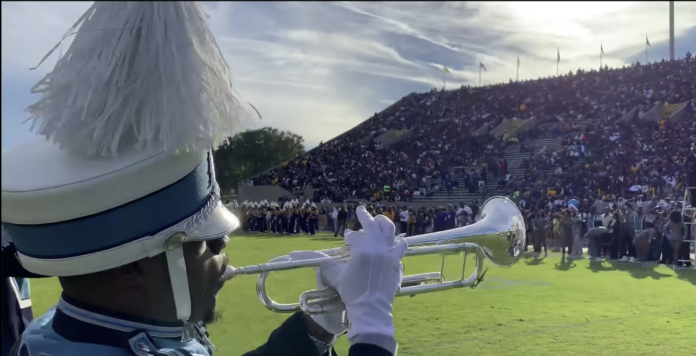 For most programs throughout the country, weeks 12 and 13 represent ‘rivalry week’ as we near the conclusion of the college football regular season.

Needless to say, the same applies to the HBCU marching season.


The marquee games from Week 12 included the Florida Classic between Bethune-Cookman and Florida A&M and the Soul Bowl between Alcorn State and Jackson State.

With bragging rights on the line, all four bands featured in the marquee matchups made our top five list, including a solid performance from a band program that is turning heads.

Here are the top 5 HBCU band halftime shows from Week 12.