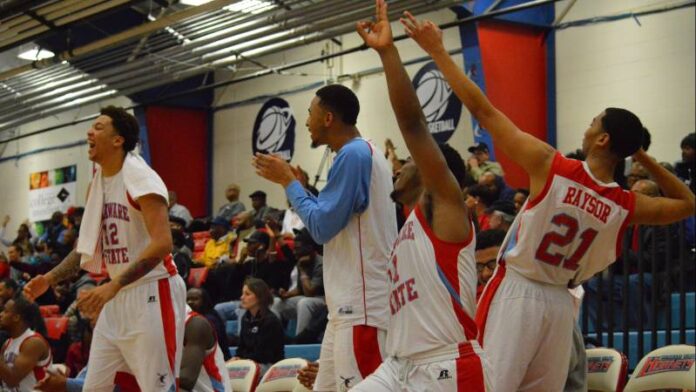 Delaware State is the worst team in college basketball.

That was the assessment according to a Sports Illustrated preseason preview that ranked all 353 teams from No.1 to dead last — or in this case the Hornets.


During the 2017-18 season, Delaware State went a paltry 4-28. At one point, the Hornets suffered through a 21-game losing streak.

After finding a way to get by Georgian Court on Nov. 25, DSU didn’t win another game until the middle of Black History Month, on Feb. 19 over Coppin State, which was ranked 339th on SI’s list.

Here is how Sports Illustrated broke it down:

And, finally, our list wraps with Delaware State (No. 353), which went until mid-February last season before picking up a win over a D-I opponent and has a new coach, Eric Skeeters, who was on the sideline as a UMBC assistant during the Retrievers’ historic upset of Virginia.

Maybe one day Delaware State will become the second No. 16 seed to knock of a No. 1.