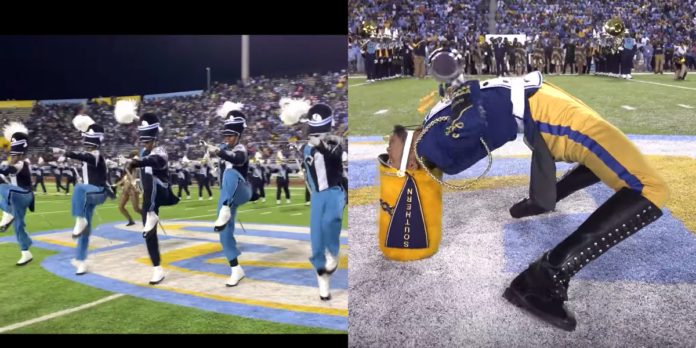 It’s one of the few HBCU football events where the matchup between the bands is more anticipated than the football game.

The heated rivalry between Jackson State and Southern, unofficially known as the “BoomBox Classic,” is one of those events.


Southern’s lopsided 41-7 victory Saturday night over the Tigers doesn’t come as a surprise to those who have been closely following the two teams, but the halftime show is, arguably, always a toss-up.

We’ve found videos of both halftime performances and will leave it up our audience to determine a winner.

Which band won the halftime show? Watch the videos below and then cast your vote in our poll.