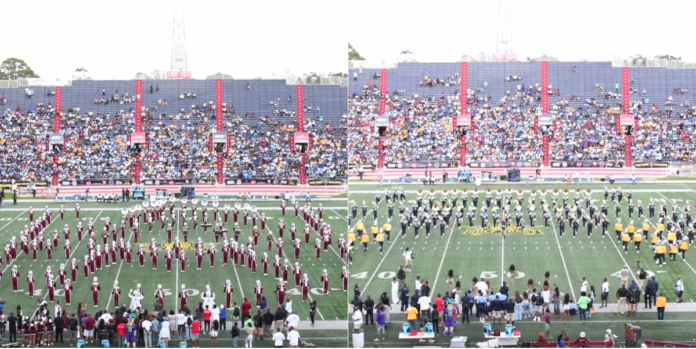 The inaugural Gulf Coast Challenge at Ladd-Peebles Stadium in Mobile, Ala., featuring Alabama A&M and Southern University, was arguably the SWAC’s football game of the week.

And, arguably speaking, the bands, the Marching Maroon & White of Alabama A&M and the Human Jukebox of Southern, was the marquee halftime contest of the week.


We’ve got video of both halftime performances and will leave it up to you to pick a winner.

Take a moment to watch both videos below and then participate in our poll.