Fans are virtually split on the Southwestern Athletic Conference’s decision to move its signature football championship game to Birmingham, Ala., according to a non-scientific HBCU Sports poll.

The poll, conducted last week asked, “Do you like the SWAC’s decision to play the football championship game at Legion Field?”

Of the 932 readers who participated in the poll, 48 percent of them answered, “Yes,” while 46 percent answered, “No.”

Nearly 6 percent of the voters were undecided. 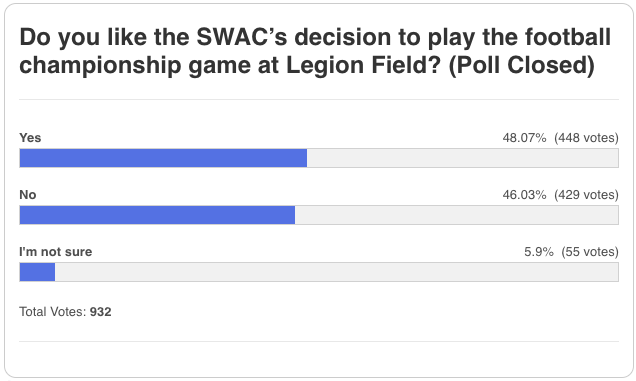 The football championship game will be making its return to Birmingham’s Legion Field on Saturday, Dec. 1., the venue where it first began back in 1999 before moving to Houston in 2013.