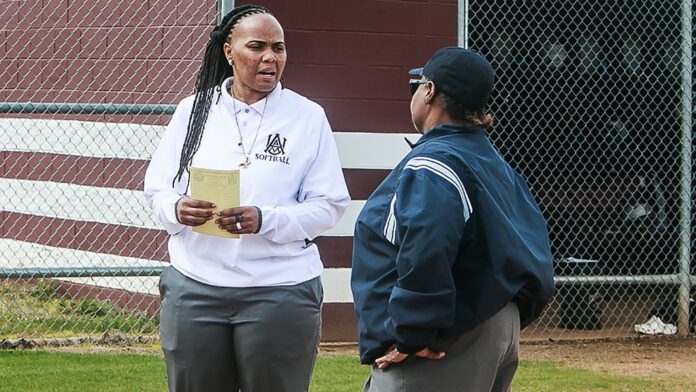 Hall, who was named the Southwestern Athletic Conference (SWAC) Softball Coach of the Year, guided Alabama A&M to a 22-21 overall record and an 11-8 SWAC East Division mark last season. The Lady Bulldogs won a share of the East Division crown and their 20 wins were the most Alabama A&M had in its program in 10 years

“One thing we were trying to do was find a person that was the best fit for Grambling,” Bryant said. “To get interest from someone like Coach Hall is a big deal for us. It shows that the brand of Grambling transcends a lot of things. She was the SWAC Coach of the Year last year and for her to want to come to Grambling, and duplicate that, I was thankful we were able to get Coach Hall.”

Hall showed improvement in each of her six seasons at Alabama A&M. She guided the Lady Bulldogs to an 18-25 overall mark in 2015, along with a 7-9 SWAC record. In 2016, AAMU went 9-9 in SWAC play and followed that with an 8-7 record the following year.

From 1999-2003, Hall was a four-year letter-winner for South Carolina, where she earned numerous honors, including being named the Mid-Eastern Athletic Conference Offensive and Utility Player of the Year, as well as being selected to several all-tournament teams.

After finishing her collegiate competition at SC State, Hall went on to play three years for the Supersonics, a competitive Class-A women’s slow-pitch softball team based in Warner-Robins, Ga.

A native of Pittsburg, Calif., Hall earned a bachelor of science degree in criminal justice in 2003, and her master’s in rehabilitation counseling. Also, she is a graduate of the NCAA Women’s Coaches Academy.