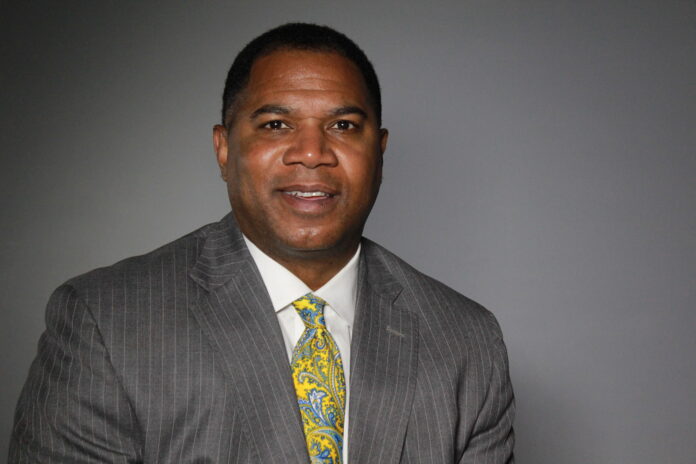 BIRMINGHAM, Ala. – Southern University has named Sean Woods the next head coach of the Jagaurs’ men’s basketball program. Woods was officially introduced April 12.

Woods is no stranger to the Southwestern Athletic Conference, as he coached Mississippi Valley State University from 2008-2012. In his last season leading the Delta Devils, Woods guided the team to a 21-13 overall record and a 17-1 mark in league play. Woods was named SWAC Coach of the Year that season and Mississippi Valley went on to win the SWAC regular season and tournament championships.

“We don’t want to just be SWAC champions,” Woods said. “We want to take this to another level. We want to be considered one of the best mid-major schools in the United States.”

The 2011-12 winner of the Ben Jobe National Coach of the Year award, Woods most recently served as an assistant coach for Stetson University in Deland, Fla.

He replaces former interim coach Morris Scott, who guided Southern to a 15-18 (10-8 SWAC) record this past season, his first as head coach.

After his stint in Itta Bena, Miss., Woods went on to coach Morehead State from 2012-2017, during which time he led Eagles to a 77-70 combined mark over those five seasons, including two 20-win seasons. During the 2015-16 campaign — his final full season with the team — Woods led Morehead State to a 23-14 (11-5 Ohio Valley Conference) record, and the season culminated in a trip to the College Basketball Invitational tournament finals.

Overall, Woods has compiled a record of 127-150 in eight-plus years as a head coach.
A member of the University of Kentucky’s Athletic Hall of Fame, Woods played at Kentucky from 1988 to 1992, appearing in 91 total games. Woods may be best known as one of the “Unforgettables” from Kentucky’s 1992 East Regional final team. He scored 21 points against Duke in the regional championship in what is largely regarded as one of the NCAA Tournament’s most memorable games.
The Indianapolis, Ind. still ranks as Kentucky’s all-time leader in career assists-per-game (5.30) and career steals-per-game (1.58).