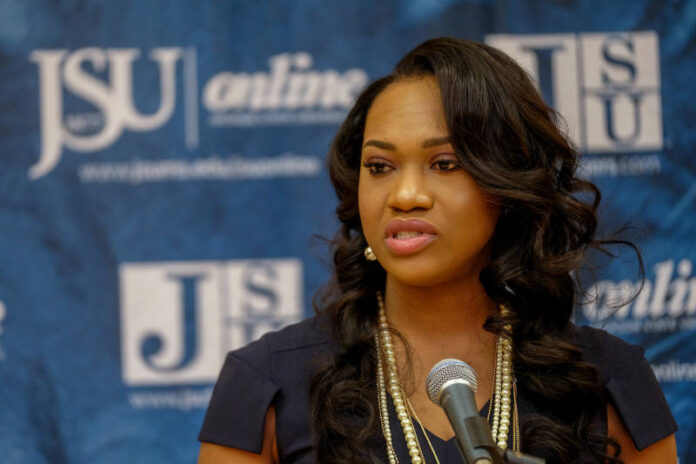 BIRMINGHAM, Ala. – A familiar face will head the Jackson State women’s basketball program as Tomekia Reed has been selected as the new head coach for Lady Tigers. The announcement was made Monday.

“Today is a very special day in my life,” Reed said. “I’m extremely excited about being the Head Women’s Basketball Coach at Jackson State University. I would like to thank Dr. Bynum and the search committee for this opportunity. JSU means so much to me. I can’t wait to get to work and showcase our great university and fantastic student-athletes on and off the court.”

A native of Jackson, Miss., Reed was Jackson State’s women’s basketball recruiting coordinator from 2006-2009. While there, she served as the top assistant also worked with post players at JSU and served as the team’s academic liaison. Other responsibilities included strength and conditioning liaison, player development, community service coordinator and summer basketball camp coordinator.

Reed also had assistant coach stops at Southern Miss, Louisiana Tech, Louisiana-Lafayette, and New Orleans, serving as recruiting coordinator at each school during her respective stints. She has assisted in bringing several high-ranking recruiting classes, including the 2014 class at Louisiana Tech, which garnered a national Top 50 ranking and was the second-highest ranked class in Conference USA.

Reed began her collegiate playing career at Southern Miss, helping lead the program to a WNIT appearance before transferring to Hinds CC for the 2000-2001 season.

It was at Hinds that Reed led the Mississippi Association of Community and Junior Colleges (MACJC) in rebounds per game and was also second in the conference in scoring. She was chosen as an All-State first team selection.

Reed transferred to Georgia Southwestern State University after her time at Hinds, where she led the team in scoring (finishing second in the conference) and earned the team’s most valuable player award.

She earned an associate’s degree in sports medicine from Hinds in 2001 and a bachelor’s in exercise science from Georgia Southwestern in 2003.

Reed began her coaching career at South Georgia Technical College, where she served as assistant women’s basketball coach for three seasons. She signed two of Georgia’s top athletes and one of Mississippi’s finest Dandy Dozen players.