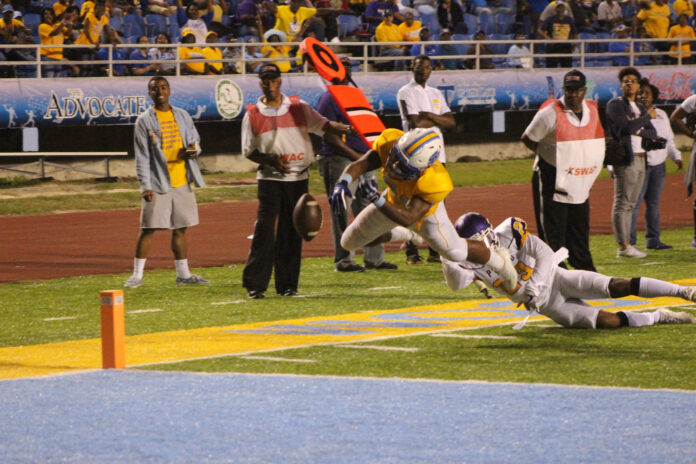 The Southwestern Athletic Conference announced on Wednesday that the entire officiating crew from this past Saturday’s Prairie View A&M and Southern University football game will be suspended for their next assignment on Nov. 18 between Alcorn State at Jackson State with one official being suspended for the remainder of the 2017 football season.

After a thorough review, the Conference Office concluded that there was an erroneous call made.


According to The (Baton Rouge) Advocate, the play in question involved Southern running back Herb Edwards, who was credited with a 21-yard pass that was ruled for a touchdown which put the Jaguars ahead 30-24.

“Replay review was not available at A.W. Mumford Stadium, but if it was it would have been clear that Edwards fumbled the ball a few yards shy of the goal line.

For Southern (6-3, 4-1 SWAC) the 37-31 win over the Panthers (3-5, 2-3 SWAC) keeps the Jaguars in contention of a SWAC West Division title with two key conference games remaining on their schedule against Texas Southern and Grambling State.