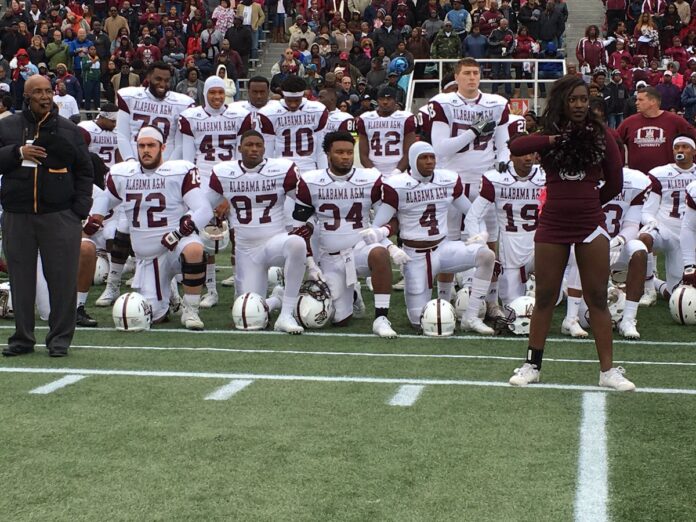 Just days after seven members of the Alabama A&M football team were spotted kneeling during the national anthem before its game versus Alabama State, head coach James Spady stood by his players act of dissent.

On Monday, Spady explained that he supported Saturday’s demonstration because of what it meant to him personally.


“Here is why it means more,” said Spady. “Because I have an 18-year-old son, and I’m going to get emotional when I talk about this, but I have an 18-year-old son who, if he gets stopped by the police, he has a procedure that we have talked about, I have drilled him on, and I have trained him how to behave when this happens. And I think it’s a shame that I have to do that and someone else doesn’t and from that standpoint, you’re right, there needs to be more awareness about it and that’s how I feel.”

Spady, though said he was unaware that his players were going to participate in any demonstrations prior to the Magic City Classic game.