The week that was Week 2 will undoubtedly go down as one of the most challenging weeks we’ve seen in college football.

Unfortunately, those challenges had nothing to do with touchdowns, first downs or anything else related to the game of football, but instead were related to the preservation of humanity in dealing with, not one, but two hurricanes. Which brings us to this week’s top five halftime HBCU band performances.


We purposely put emphasis on those shows that either involved schools impacted by hurricanes Harvey and Irma, or schools that took time to pay tribute to the hurricane victims.

However, we couldn’t ignore those halftime performances that reminded us all of the very reason we value HBCU halftime shows in the first place.

HBCU Sports Week 3 picks: A clash of the Tigers again this Saturday

By HBCU Sports6 hours ago
Basketball 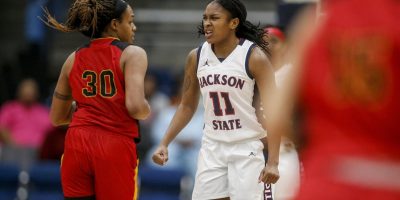