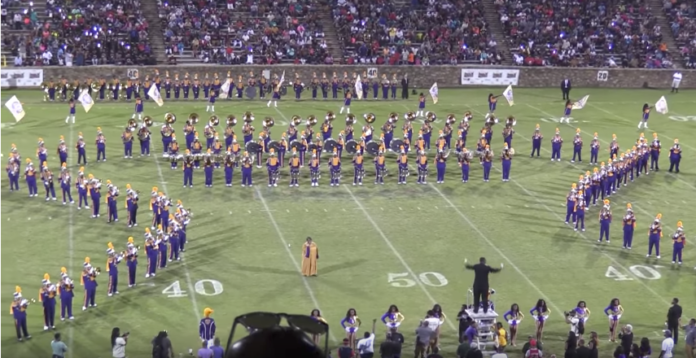 Of the nine HBCU marching bands that participated in Saturday’s annual Queen City Battle of the Bands in Charlotte, N.C., the Miles College Purple Marching Machine had the best performance, according to a nonscientific fan poll conducted by HBCU Sports.

The poll, which was conducted between Aug. 27 through Aug. 30, tallied 29,879 votes with 44.14 percent of those votes favoring the performance of Miles College. 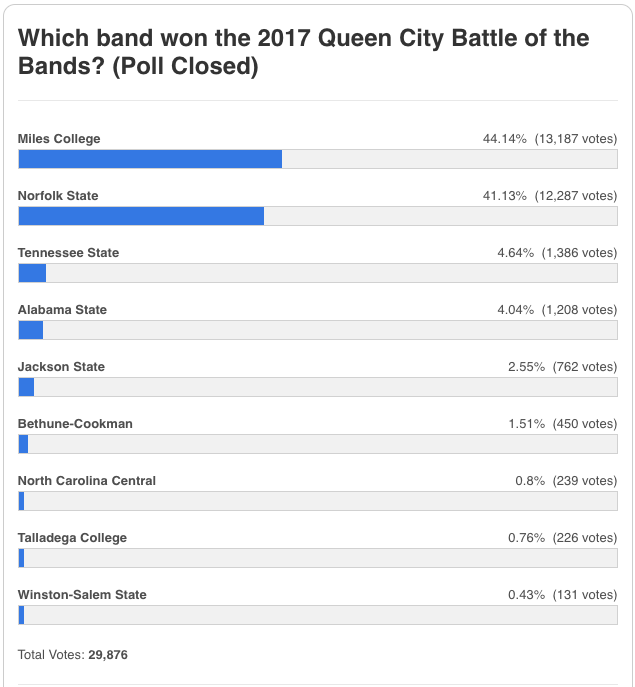 Norfolk State’s Spartan Legion finished a close second with 41.13 percent of the votes.

The bands from Tennessee State and Alabama State finished third and fourth respectfully in the poll with each garnering over 4 percent of the votes.

Miles College, recently ranked No. 7 in the HBCU Sports Preseason Top 15 Band Poll, last performed in the 2015 QCBOTB and was declared the winner of that exhibition.

Below is Miles College’s performance at the 2017 Queen City Battle of the Bands.