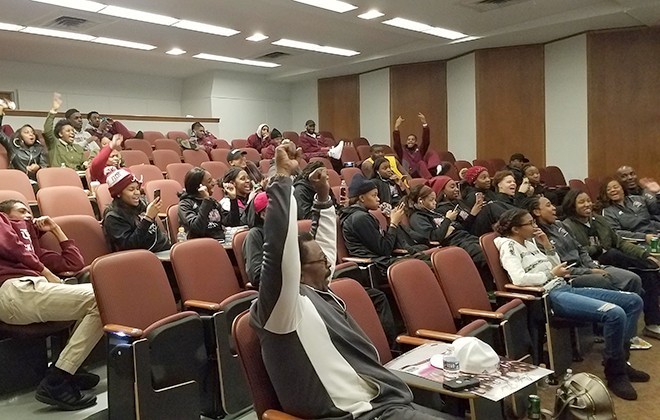 For the first time since 2004, both the Virginia Union University women’s and men’s basketball teams are headed to the NCAA Tournament.

After hosting the Atlantic Regional and making it all the way to the Elite Eight in 2016, the Virginia Union (23-4) women are a No. 3 seed, and will face No. 6 Wheeling Jesuit in the first round.

California (Pa.) is the Atlantic Region host this year.

For the women, it marks the first time a VUU women’s team has went to the NCAA Tournament in back-to-back seasons since 1983-84. The men are returning to the tournament for the first time since 2006.

The Cardinals (25-6) repeated as Mountain East Conference (MEC) champions with an 80-61 win over Fairmont State on Sunday.

The Panthers beat Wheeling Jesuit 75-66 in the region semifinals in Barco-Stevens last season.

The Virginia Union (22-7) men are a No. 7, and will face No. 2 Shippensburg in the first round of the Atlantic Regional in Fairmont, W.V.

Fairmont State University is the host for the men’s Atlantic Regional.

Times will be determined on Monday, March 7.