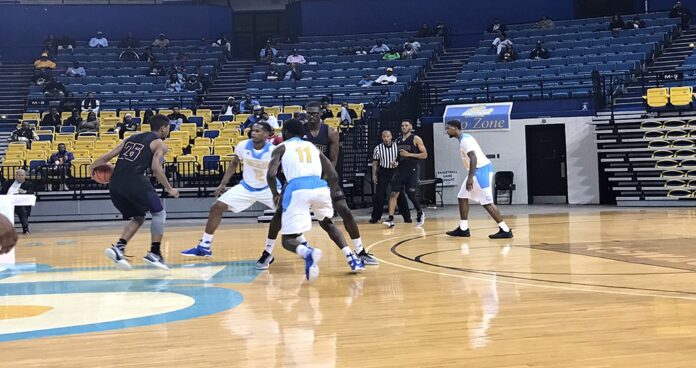 The Panthers trailed by nine points at 56-47 with 3:12 remaining before mounting a late comeback. A three-pointer by Tevin Bellinger started a game-ending 10-3 run, bringing PVAMU to within six at 56-50 with 3:04 to play.

Following a pair of free throws by Southern to push the margin back to eight at 58-50 with 2:14 to play, another Bellinger three to cut the Panther deficit to 58-53 with 1:59 remaining.

After a free throw by Southern with nine seconds to play, the Panthers missed two shots on the final possession, including a three-pointer that would have won the contest.

Westbrook came off the bench to post season highs in points (a game-high 19) and rebounds (seven). Zachary Hamilton scored 14 points and tied a career high with nine rebounds, and Bellinger scored 10.

Prairie View A&M returns to action Wednesday at Alcorn State at 7:30 p.m., with a live radio broadcast on KPVU 91.3 FM.