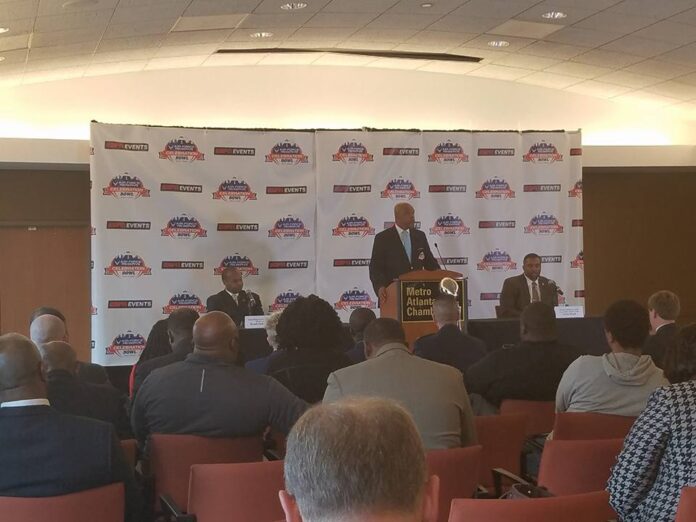 Atlanta is the place where Grambling State and North Carolina Central has wanted to be all season.

The champions of the MEAC and SWAC, respectively, Grambling and NCCU add fresh blood to the second-ever Air Force Reserve Celebration Bowl.


“We are extremely excited to be participating in the Celebration Bowl,” NCCU coach Jerry Mack said Thursday.

Grambling, no stranger to playing in big-time nationally televised games, completed a perfect season in the SWAC by beating two-time defending champion Alcorn State 27-20 in the SWAC Championship last Saturday.

Neither team has lost to an FCS opponent this season.

North Carolina Central will play Grambing on Saturday, Dec. 17 at noon in the Georgia Dome. The bowl will be a first for both teams.

A chance to showcase the talent and unique pageantry of HBCU football on a national stage.

“We are doing some exciting things in the MEAC,” said Mack. “We are taking that next step. We get to showcase that on a national stage and show what North Carolina Central can offer.”

The Celebration Bowl will be televised on ABC.

“There are a lot of institutions that would like to be here at this time,” said Fobbs. “Even some of them (FCS playoffs) playing for a championship would like the be here.”

“This is a big deal for both programs,” Fobbs said.