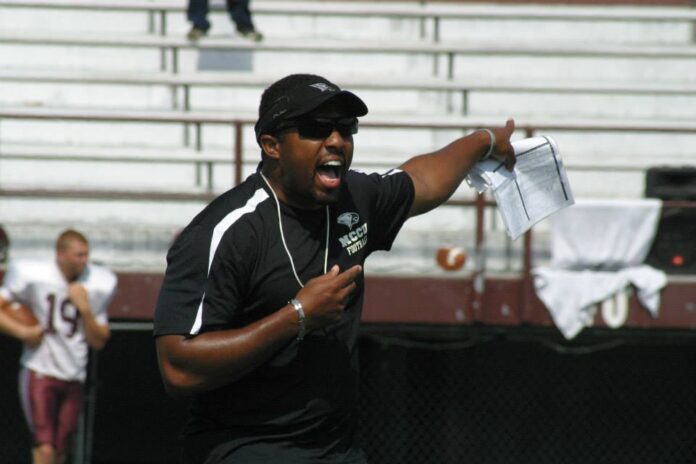 Mack, the 2016 Mid-Eastern Athletic Conference Football Coach of the Year, guided the Eagles to their most wins in the program’s Division I era with a 9-2 overall record and an unbeaten 8-0 mark in league play. NCCU defeated nationally-ranked North Carolina A&T 42-21 on Nov. 19 to capture the MEAC championship. After sharing the league crown in 2014 and 2015, the Eagles are the conference’s first outright champion since 2012.

The Eagles received their first national ranking as a Division I-FCS program on Nov. 7, when the FCS Coaches Poll announced NCCU at No. 25. By the end of the regular season, the Eagles jumped to No. 18.

Mack has achieved unprecedented success in his first three seasons as head football coach at NCCU.

Taking over a program that posted a losing record prior to his arrival in Durham, Mack has led the Eagles to three consecutive MEAC championships and an overall record of 24-10, including a 21-3 mark against conference opponents. His 24 victories are more than any NCCU football coach has ever collected in their first three seasons.

Mack is just the second coach in school NCCU history to receive the AFCA award, as George Quiett captured the honor in 1972.

The 2016 FBS and FCS Regional Coach of the Year winners will be recognized at the inaugural American Football Coaches Awards, televised live on CBS Sports Network on Tuesday, Jan. 10, 2017 at 9 p.m. EST.