Bryant, who has served as South Carolina State’s athletic director since August 2014, will be filling a permanent AD position that has been vacant at Grambling since July 2014. 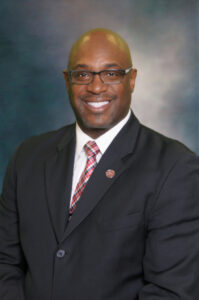 Sutton said a 13-member search committee recommended Bryant out of a total of 24 applicants for the position.

The recommendation was accepted by GSU President Rick Gallot, who forwarded Bryant’s name to the University of Louisiana System Board of Supervisors for a vote of approval to be held at the board’s next meeting Dec. 8 in Baton Rouge.

Pending the ULS Board’s approval, Bryant will receive a two-year contract that will pay him an annual salary of $130,000 from the university and an additional $30,000 annually to be supplemented by the Grambling University Foundation.

Prior to his time at South Carolina State, Bryant, according to his bio page on the SCSU athletics website, was the athletics director at Stillman College from 2013 to 2014 and served in the same position at Eureka College (Ill.) from 2008 to 2013. He also served as Associate AD at Urbana University where he was also the men’s basketball coach.