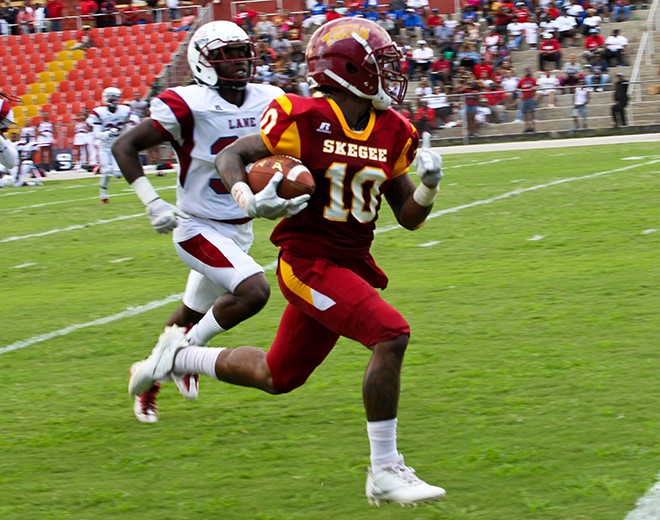 Tuskegee will play Virginia State on Saturday to meet its 10-game requirement to become eligible for the NCAA playoffs, according to a release issued by the school’s athletic department late Monday.

The newly scheduled game comes on the heels of the announcement that Albany State, after previously agreeing to play Tuskegee, decided on Sunday its team would not play the Golden Tigers after losing to Fort Valley State the day before in the Fountain City Classic.


Tuskegee fell one game short of a 10-game regular season schedule last December when then SIAC member Stillman College announced it was dropping football from its athletic program. Finding a 10th opponent has been a challenge for the nationally ranked Golden Tigers since that time.

According to the Montgomery Advertiser, CIAA member Virginia State (8-2) agreed to play Tuskegee hours later after Albany State backed out.

Hours later, Virginia State accepted the game as it will be played in Tuskegee. Requesting a 1 p.m. kickoff, Barlow said the logistics of the game are being worked out. Barlow said Tuskegee reached out to Virginia State president Dr. Makola M. Abdullah and director of athletics Peggy Davis about playing the Trojans, who ended their initial regular season last week with a 48-21 win at Virginia Union.

“They said, ‘Hey, it’s your decision,’ but with it being my decision and me being the face of the program, I loved for it to be our decision,” Barlow continued. “So I had a sit-down with our assistant coaches. They all thought it would be great for us to do it and a good experience. Another opportunity to play ball. Then I sat down with our team, our seniors, made eye contact with them and told them if we did do it, they had to promise me that it wouldn’t be some shabby preparation and that they were going to be dialed in and treat it as if it’s a game week for conference.”

The game is set for a noon kickoff and will be played at Cleve L. Abbott Memorial Stadium in Tuskegee.