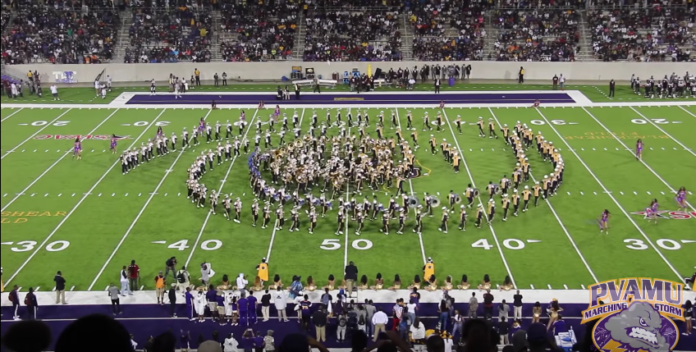 Inclement weather was at the core of the annual Labor Day Classic football game between Prairie View A&M and Texas Southern. Two weather delays resulted in the game ending more than six hours after the original scheduled start time. The game was also the home opener for Prairie View in a brand new $61 million stadium.

The Panthers won the football game 29-25, but which band won the halftime show?


It’s a Texas halftime rivalry that doesn’t get nearly the credit it deserves in terms of publicity. But with both schools recently securing new football venues within the last few years, that is likely to change.

We’ve found videos of both performances. Take a moment to watch both shows and then vote.