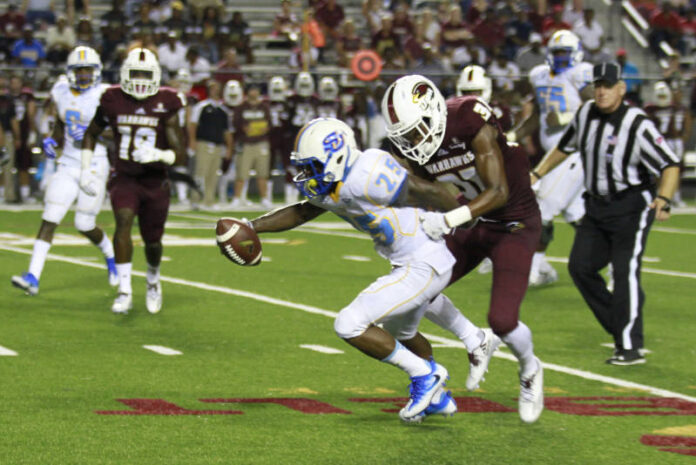 Making his Southern University debut, Ruan Albuquerque connected on field goals of 42, 38 and 28 in the Jaguars 38-21 loss to ULM. The transfer from Plymoth, Minn. accounted for nine of Southern’s 21 points and was 3-3 in FG tries.

Albuquerque’s second field goal, a 38-yarder, pulled Southern within 14-12 at the half but ULM would outscore the Jaguars 24-9 in the second half.

Garret Smith led ULM finishing with 208 yards passing and a pair of touchdowns while also leading the Warhawks on the ground with a 150-yard running night and a touchdown. He finished 20-for-33 in the air, with two touchdowns and a pair of interceptions.

The Jaguars’ focus shifts to next Saturday’s road game with in-state foe Tulane at Yulman Stadium in New Orleans. Southern will make the hour-long drive to the Big Easy for the third game in the Southern-Tulane series. The two teams faced off for a pair of games in the Superdome in 2001 and 2002.