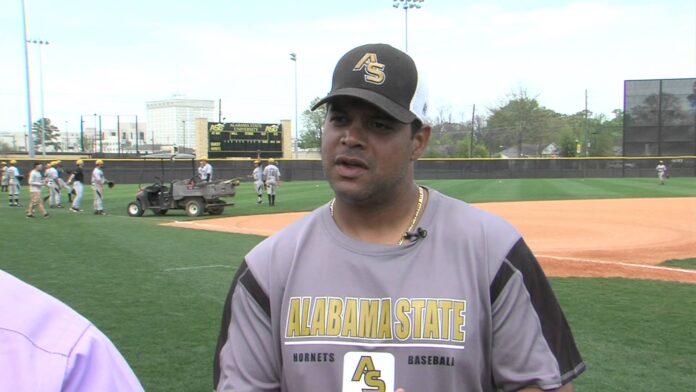 After leading Alabama State to the school’s first SWAC baseball championship, Mervyl Melendez is reportedly expected to be named the next head coach at Florida International.

As first reported by the Montgomery Advertiser, Melendez will replace former FIU coach Turtle Thomas, who stepped down earlier this month.


Over the course of five seasons at ASU, Melendez went 158-117 capped off by leading the Hornets to a 28-0 SWAC record this past season and a berth in the NCAA tournament.

Melendez, who spent 12 seasons at Bethune-Cookman winning 11 MEAC championships before coming to ASU in 2012, has 537 career wins in 17 seasons as a head coach.

Melendez, on his Twitter account, did not confirm reports of his exit Monday only saying “I can’t either confirm or deny the rumor.”

On Tuesday, Melendez officially confirmed that he would be leaving ASU.

“I am extremely thankful for my time at ASU,” Melendez said in a statement. “In moving to Montgomery with the goal of making Hornets’ baseball among the best in the country, the support received from the University administration was always first class and unwavering. The encouragement and backing of the alumni, especially of former players, as well as fans, friends and staff of ASU has been outstanding, especially in the way they embraced me and my family.

“It was an honor to lead this program to a championship level, while having the opportunity to mold young men during their college careers. I thank every player that played for our coaching staff at Alabama State. They believed in the vision we had in representing ASU with class and playing the game the right way. A heartfelt thank you goes out to everyone who supported our players and our program. I leave with nothing but cherished memories of my time at Alabama State.”

He was one of four candidates for the FIU job along with the other three being Greg Lovelady of Wright State, Greg Brown of Nova Southeastern and Miami pitching coach J.D. Arteaga, the  newspaper reported.