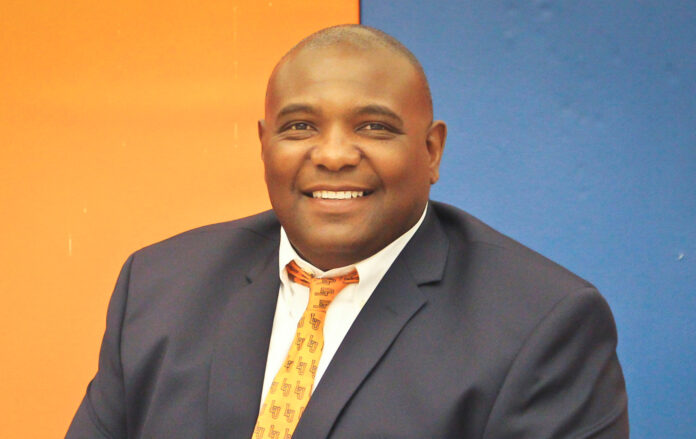 ETTRICK, Va.- As Virginia State prepares for the upcoming 2016 football season under the leadership of new head coach Reggie Barlow, the school announced the addition of Dwone Sanders as the team’s new defensive coordinator.

“Sanders is a guy who has a wealth of knowledge and experience,” said Barlow. “He coached me in college and left a lasting impression, so I have always wanted to work with him since then. Sanders has been a head coach and knows the profession. I am glad he is here to lead our defense.” [easyazon_infoblock align=”right” cart=”y” identifier=”B00IUCIV3I” locale=”US” tag=”hbcusports-20″]

Prior to his arrival to VSU, Sanders was Langston University’s head football coach from 2012-2015 and the school’s defensive coordinator from 2011-2012.

After coaching the secondary at Utah State for a single season in 1995, Sanders ventured to Alabama State where he served three years as co-defensive coordinator.

The New Orleans native graduated from McNeese State University in 1990. He also received his master degree in urban education from Southern University in 2005.

“I was honored by the invitation from Coach Barlow to be a part of this fine football staff,” Sanders said. “Coach Barlow and I go way back, so I know his growth and passion for the game and the development of the student-athletes. I believe in Coach Barlow’s vision and direction for this team because we are inclined to do great things here at VSU. I am excited to be a Trojan as we work toward being one team with one dream.”