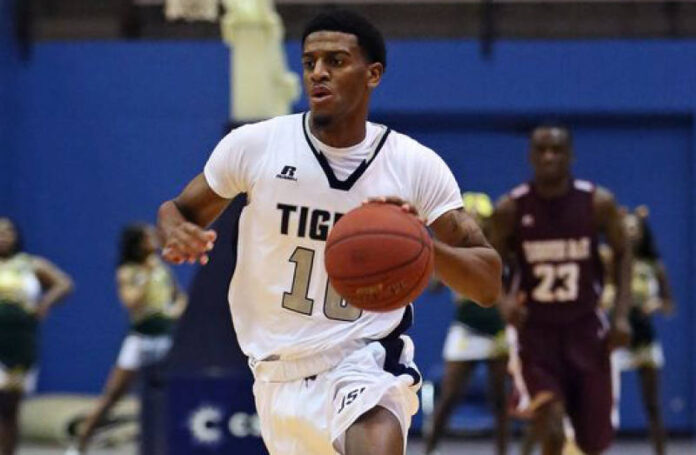 Chance Franklin hit a three-pointer with 47 seconds left and three free throws in the final 15 seconds to lead Jackson State to an 81-77 overtime victory over Sam Houston in the first round of the CollegeInsider.Com Tournament Monday night in Huntsville, Texas.

Paris Collins and Franklin led JSU with 25 and 24 points respectively. The runner-up in last Saturday’s SWAC Tournament championship game, Jackson State ups its record to 20-15 with the win.

Sam Houston trailed by 17 points, 48-31 at half, but outscored the Tigers 40-23 in the second period. A lay-up by Jamal Williams with 27 seconds remaining forced overtime.

Williams led the Bearkats in scoring with 20 points. Aurimas Majauskas added 18 for Sam Houston. The Kats end the season 18-16.