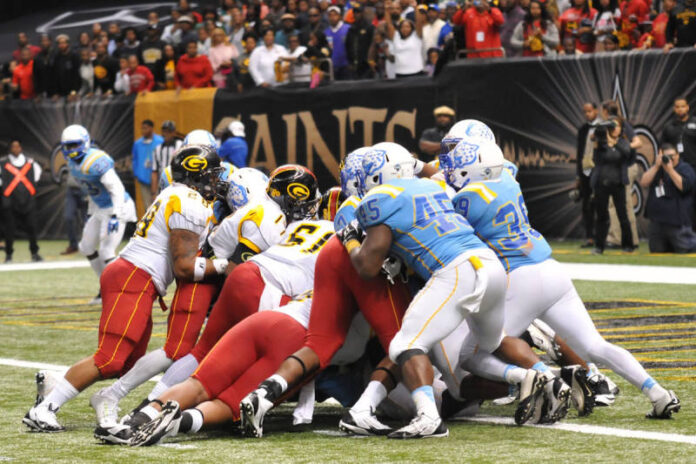 This week’s Bayou Classic will mark the 42nd edition of the event, which will feature the football game between Grambling State University and Southern University.

Activities that include a parade, a career and college fair, the battle of the bands and other official events, bring in an estimated $50 million to the City of New Orleans according to sources.

HBCU Sports has obtained a copy of one of the Bayou Classic contracts, labeled as a “corporate sponsorship, event planning and marketing services agreement.” The seven-page, three-year agreement set to run through Dec. 31 (with an option to extend up to two additional years), became effective Jan. 1, 2013 and is entered into by the Grambling University Foundation, the Southern University System Foundation and the New Orleans Convention Company, Inc. (NOCCI)

Below are some key points from the agreement.

Grambling and Southern own the rights to the Bayou Classic, but NOCCI – according to the contract – is the “exclusive” agency of record responsible for negotiating agreements “for both new and existing sponsors/or agents representing sponsors.”

The agreement lists numerous “services” NOCCI is to perform for Grambling and Southern. Some of those services include:

NOCCI, responsible for seeking and negotiating sponsorships, must first receive approval from both foundations before the sponsorships are secured.

NOCCI is to offer two “paid Bayou Classic internships” (one student from each university) “from various disciplines (e.g., marketing, finance, tourism). The agreement states the purpose of the internships is to “inspire the next generation of leadership and development”. NOCCI is responsible for setting applications deadlines, program dates, compensation and housing, “with input from each university.”

Both foundations have granted NOCCI “the exclusive right to place and approve all commercial units to be shown during” the NBC broadcasts of the games.

All sponsorship revenue generated from the Bayou Classic will “be allocated among NOCCI and the foundations.”

The contract stipulates that NOCCI is to receive an “incentive award” if the football game’s “paid” attendance meets certain benchmarks.

Southern University System Executive Director Al Harrell, who also serves as a Bayou Classic coordinator, refused to comment further on the agreement when we spoke with him over the phone Tuesday.

In 2012, it was reported that Grambling and Southern split $1.32 million in proceeds from the 2011 Bayou Classic. That was the first year NOCCI served as promoter and coordinator for the event.