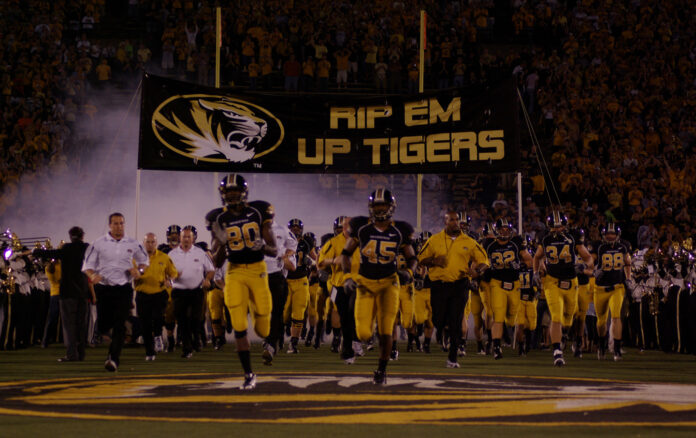 Black players on the University of Missouri football team played a key role in forcing the resignation of school President Tim Wolfe on Monday who had been under fire for his failure to handle building racial tension that has plagued the campus.

The team — led by African-American players — announced it would not participate in football activities until Wolfe resigned or was fired for not addressing a series of racial incidents that led to graduate student grad student Jonathan Butler going on a hunger strike in response to the deep-seeded racism and lack of response to the acts that created a hostile environment life for minorities on campus.

While many from far and wide applauded both the students and athletes for using the little power they wield to take a stand against racism, at the other end of the spectrum those with ties to HBCUs were not so eager to laud the activism.

If all these 5 Star athletes would’ve chosen to go to an HBCU instead of schools like Missouri they wouldn’t be in this predicament!

Let the situation at Missouri be a lesson to all black athletes, take your butt to an HBCU. — VaughnMuhammad (@VaughnMuhammad) November 9, 2015

I do not feel sorry for those Black Missouri students. Take your ass to an Hbcu and you wouldn’t have to deal with racism. — Da African/Akibuland (@ZionTurel) November 8, 2015

The latest case of racism at Missouri has rekindled the longstanding HBCU vs. PWI debate. There are many waving their fingers collectively saying “That’s what you get for attending a PWI. You know those white people hate us yet y’all chose them over schools that care about you.”

To have to deal with racism. To not have your blackness and humanity appreciated or valued. To be aware that the history of your school is wrought with supporting the Confederate flag, classism and homophobia.

That’s the trade made to play sports in the SEC or study at Yale.

That struggle is something kids who matriculate through the HBCU world never have to deal with. Those students  are in a cultural safe haven where they are not forced, in some instances, to suppress who they are or toil to be respected because they don’t look like the majority of the student and faculty population.

The easy solution would be to just enroll at an HBCU. Problem solved.

But what good does it do to leave one struggle at an PWI in exchange for different challenges at an HBCU?

To leave a school that has all the financial backing and TV coverage for its athletic teams, but doesn’t care for black people like Missouri for a school like South Carolina State that was suggested it be closed for two years.

The Howard “Showtime Marching Band” refused to perform in protest over claims they haven’t haven’t received promised scholarship money. There was recently a protest at the school over financial aid and housing.

Two years ago, football players at Grambling State went on strike over substandard facilities, unhealthy conditions and long bus rides in addition to the way they were treated following the firing of then head coach Doug Williams.

Paine College recently suspended football due to funding just one year after bringing it back from a 53-year hiatus.

Should those students be chastised for placing themselves in such predicaments that forced them to partake in protest?

We all risk leaving behind one headache to face the possibility of another to improve our lot in life. Families who wish to escape urban life for suburban tranquility run the risk of exposing themselves to an environment that does not accept them.

Wanting to reside in the so-called hood can lead to the unintended consequences of children attempting to acquire an education in school systems ill-equipped to prepare them academically or live in a neighborhood where they can fall victim to violence or worse.

There are no right or wrong answers in what decisions are made we hope lead to whatever prosperity sought.

We have to live with those choices. The kids at Missouri made theirs. The HBCU youngsters the same.