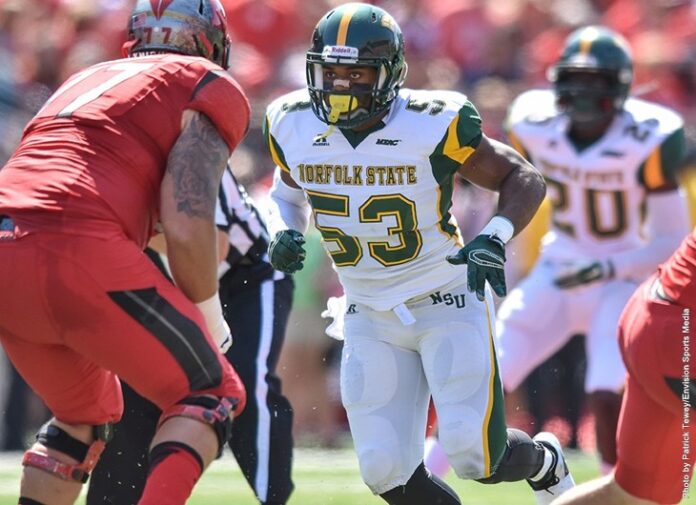 The CFPA released their watch lists Wednesday for the top defensive players in the FCS, with 34 defensive linemen, 32 linebackers and 32 defensive backs making the cut.


According to the CFPA web site (www.collegefootballperformance.com), the goal of the College Football Performance Awards is to provide the most scientifically rigorous awards in college football. Recipients are selected exclusively based on objective scientific data of the extent to which they increase the overall effectiveness of their teams. The winners of this year’s awards will be announced on Jan. 13.

King is already on the STATS FCS Defensive Player of the Year watch list. He was a preseason STATS FCS All-America second-team selection, and was also named to the All-MEAC preseason first team. King leads the nation in tackles, with 114 through eight games so far this year for an average of 14.3 stops per contest. He also has five tackles for loss, one sack, one interception, one forced fumble and two pass breakups.