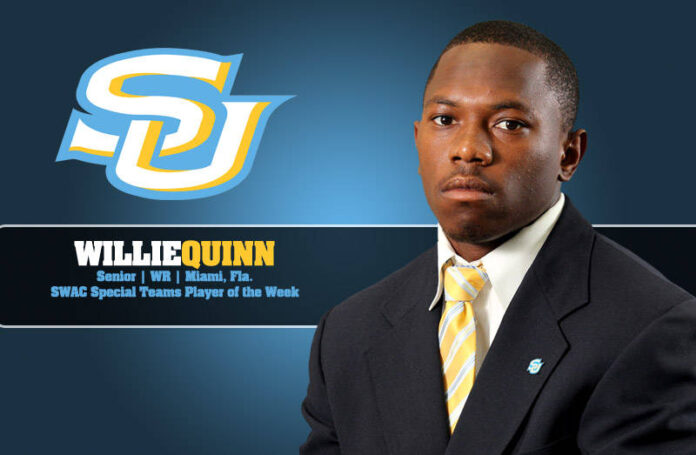 Quinn, who leads the Football Championship Subdivision in kickoff returns for touchdowns, took the game’s opening kickoff back 96 yards for a touchdown. His nation-leading fourth kickoff return for a score gave the junior from Miami six career scoring returns, tying him for the FCS career mark.

Quinn’s kickoff return for a touchdown Saturday against Texas Southern gave him six for his career, tying the FCS record set by Hampton’s Jerome Mathis. Mathis took six kickoffs to the house during his collegiate career. (2001-04).

The return was also Quinn’s fourth on the season, putting him one away from the NCAA all-divisions single-season mark. Mathis, Tulsa’s Ashlan Davis (FBS), Wesley’s Larry Beavers (Division 3) each had five kickoff returns for touchdowns in a season.