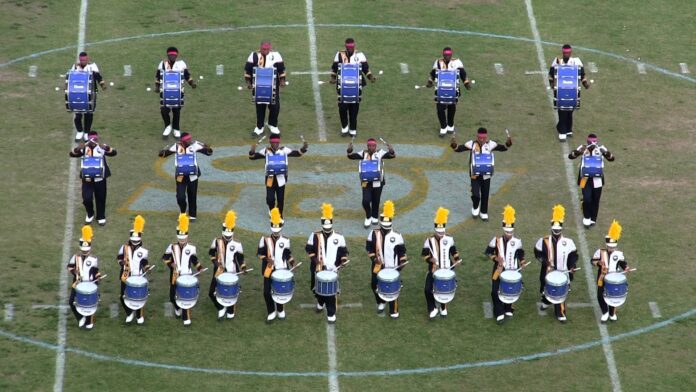 Receiving the honor for the second time this season, the Prairie View A&M Marching Storm was named HBCU Sports Band of the Week for Week 7.

The Marching Storm garnered 73.56 (190 votes) percent of the votes tabulated for a Oct. 17 halftime performance against Southern in Baton Rouge, La.

Alabama A&M finished second in the polling with 15.06 (39 votes) percent of the vote, followed by Southern, Jackson State, Miles College and Kentucky State.

The HBCU Sports Band of the Year honor will be announced in January. 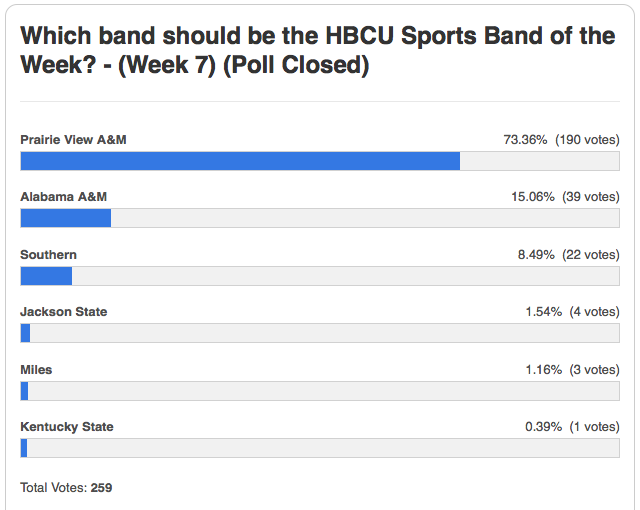