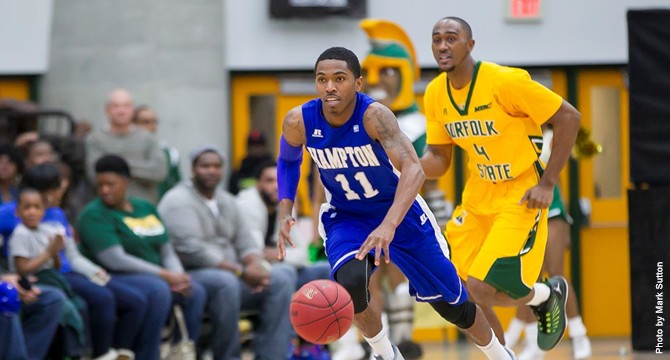 The sixth-seeded Pirates (13-17) will take on No. 3 seed Maryland Eastern Shore on Thursday in the quarterfinals at 6 p.m.

“I felt that in the second half we were able to play our tempo,” head coach Edward Joyner Jr. said. “We like to push the tempo and get as many point as we can. We still committed too many turnovers, but we were able to limit them to one shot in a lot of situations.”

Powers also had a team-high five assists, while Johnson dished out four. Wilson-Fisher also came off the bench to grab a team- and career-high eight rebounds.

A layup from Powers with 11:38 left in the first half gave the Pirates a 20-14 lead, their largest of the opening frame, before the Bears rattled off seven unanswered points to take a 21-20 lead at the 6:06 mark after a pair of Torin Childs-Harris free throws.

Andrew Hampton then gave Morgan State a 27-26 lead with two free throws with 3:43 left. But the Pirates closed the half on an 11-5 run, taking a 37-32 lead into the locker room after a dunk in the closing seconds from redshirt junior guard/forward Dwight Meikle (Baltimore, Md.).

Darden led the Pirates at the break with nine points.

When Wilson-Fisher hit a jumper with 12 seconds left, it gave the Pirates their largest lead of the night at 91-69.