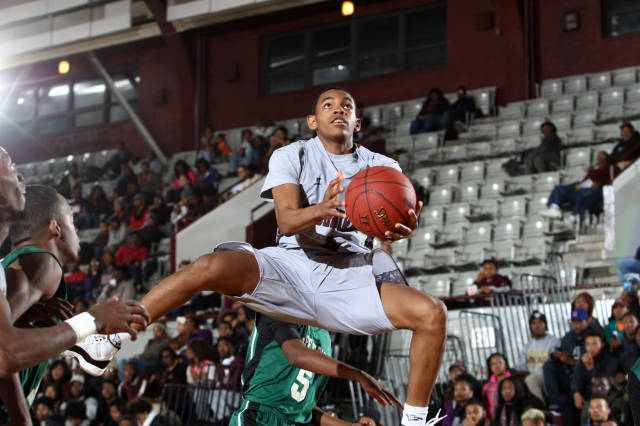 Gray (C, 6-10, 240, Sr., Dover, Del.) finished with a career-high 16 boards and tied a school single-game record in blocked shots with eight as he aided the Hornets to a 72-65 win over Wake Forest.  He also grabbed 14 rebounds with one blocked shot against Iona.  Offensively he contributed with 27 points and one assist to help DSU finish 1-1 for the week.

James Carlton (HOW) recorded a double-double of 26 points and 13 rebounds, with three assists, one block and one steal in 46 minutes of play to help the Bison defeat Gwynedd Mercy.

James Miller (HOW) scored 33 points, knocking down 11-of-15 from the field, with four rebounds, one assist, and six steals in a 96-83 win over Gwynedd Mercy.

Jeff Short (NSU) averaged 14.7 points, 4.7 rebounds, 0.7 assists, and 1.3 steals to help the Spartans finish 2-3 in non-conference action for the week. He was named the MVP of the Saint Peter’s Division of the Barclays Center Classic.