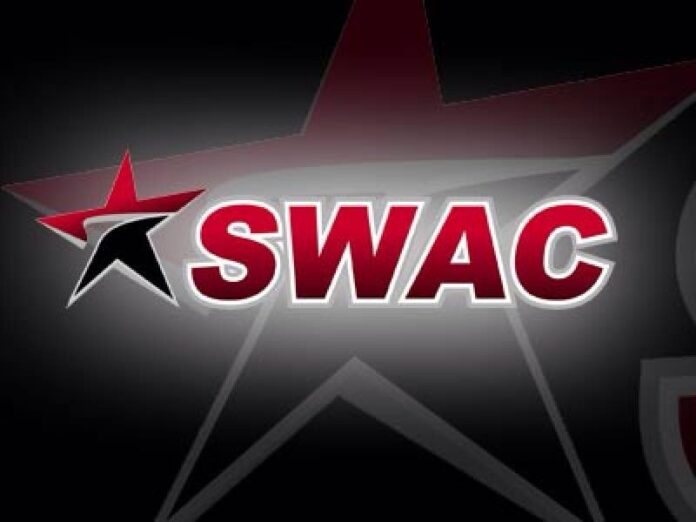 The announcement was made during the 2014 SWAC Football Media Day after ballots were completed by the league’s head coaches, sports information directors, and selected national media members. Twenty-five players were named to this year’s preseason teams as a result of receiving 2013 All SWAC honors. In the event that a player was named to the first team during the post season, and does not return, the second team player for that position was elevated to the first team. Players were ranked in their position based on the number of votes received.

Last season, Anderson finished second in the league in passing yards (2,787) with 19 touchdowns while completing 58 percent of his passes. In 2012, the Little Rock, Ark. native earned first team All-SWAC honors before leading the Golden Lions to and 10-2 record a their first-outright SWAC Championship crown since sharing the title in 1966. He was named Offensive MVP of the 2012 Toyota SWAC Football Championship.

Berry was arguably the biggest surprise from the 2013 season. As a redshirt freshman, he made an immediate impact. He finished the year with 105 tackles to lead ASU and was second in the conference. The Merrillville, Ind. native notched seven sacks and 12.5 TFL while also recovering two fumbles and intercepting a pass. He was named the 2013 SWAC Newcomer of the Year while also garnering First Team All-SWAC honors.

For the predicted order of finish in both divisions, the defending champion Southern Jaguars totaled 95 votes including eight first place votes to become the preseason favorite out of the West Division. Prairie View A&M followed with 88 points, Arkansas-Pine Bluff gathered 66 points, with Texas Southern (50) and Grambling State (31) closing the divison’s preseason ranking.