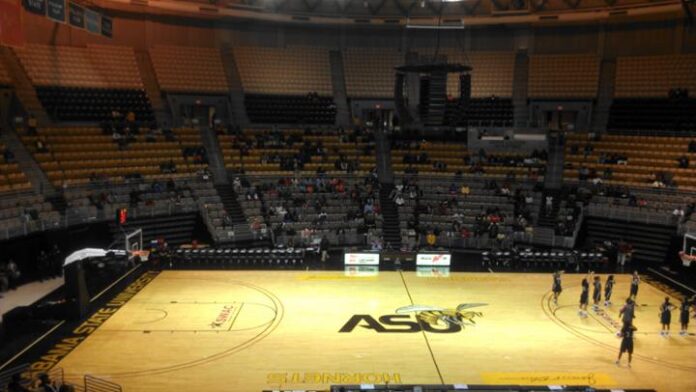 The Alabama State and Norfolk State men’s basketball teams accepted an invite to play in the CollegeInsider.com Postseason Tournament (CIT).

“The CIT uses the old NIT model in which there is no set bracket. Future round opponents are determined by the results of the previous round.”

“We have an opportunity to get some postseason play and our guys are fired up and they’re excited about it, said ASU head coach Lewis Jackson, “Everyone in the country wants to be playing this time of the year.”

Alabama State (19-12) lost to eventual champion Texas Southern last week 73-61 in the semifinal round of the SWAC Tournament in Houston and will play at Sam Houston State in Huntsville, Tex. Tuesday at 7 p.m.

Spartans Meet Up with Eastern Michigan Tuesday in CIT http://t.co/f92fvGTork

The Spartans (19-14) will travel to Ypsilanti, Mich. to play Eastern Michigan on Tuesday at 7 p.m.  Last week Norfolk State lost to eventual champion North Carolina Central 68-45 in the semifinals of the MEAC Tournament in Norfolk Va.

Hampton University accepted an invite to participate in the College Basketball Invitational (CBI).

“The College Basketball Invitational (CBI) is a postseason tournament comprised of a 16-team field and hosted at on-campus arenas throughout the country. The CBI is a single-elimination tournament, up until the Championship Series. The Championship Series is a best-of-three series. The CBI provides a meaningful opportunity for teams that are deserving of a postseason experience.”

The Pirates (18-12) will play at Penn State in State College, Pa. on Wednesday at 5:30 p.m. Hampton lost to Coppin State 83-77 Wednesday in the quarterfinals of the MEAC Tournament.

Texas Southern (20-12) advanced to the final round of the SWAC Tournament before losing to Prairie View A&M on Saturday 63-58.

On Friday, the Lady Aggies (24-6) lost to Coppin State 57-55 in the semifinals of the MEAC tournament.