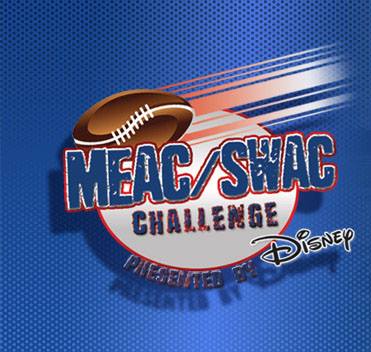 In the wake of the acquittal of George Zimmerman in connection with the shooting death of 17-year-old Trayvon Martin last February in a Sanford, Fla. neighborhood, there have been calls for African-Americans everywhere to stage a boycott of all-things Sunshine State.

This brings me to an event later that will be heavily attended by African-Americans in Florida later this fall; the 2013 MEAC/SWAC Challenge.

Should the 2013 MEAC/SWAC Challenge between Mississippi Valley State and Florida A&M – scheduled to be played Sept. 1 – be moved from the Citrus Bowl in Orlando as a symbolic statement to state officials that black dollars will not be pumped into the Florida economy as long as injustice reigns supreme in regards to African-Americans?

Should the SWAC and MEAC – the only two historically black Division I athletic conferences in the country – be brazen enough  to stage a boycott  regardless of ESPN, Disney and Citrus Bowl contracts a little less than two months before this highly anticipated season opener is played?

To determine the proper answer, the potential losses and gains have to be weighed.

Sports being used as a tool to express dissent is nothing new from a historical perspective.

Activism is as woven into the fabric of the games kids and adult play as the home run and two-point conversion.

In 1965, 21 professional black football players staged a boycott of the annual AFL All-Star Game due to the racist treatment many of them received by the residents and business owners of New Orleans, Louisiana.  The game was eventually moved to Houston, Texas as a result.

In 1967, Tommie Smith, Lee Evans and John Carlos of the U.S. Olympic track and field team helped organize the Olympic Project for Human Rights initiative arguing that African-American athletes should boycott the 1968 Olympics in Mexico City.

Most recently, as of 2010, there were calls for that summer’s Major League Baseball All-Star Game to be moved from Arizona in the wake of the state’s controversial immigration enforcement law known as SB 1070.  There were similar demands that the Super Bowl, which was to be played in Arizona, be moved after the state refused to honor the Martin Luther King Jr. holiday.

Using these examples as a guide, what would it mean for both schools and conferences if the Delta Devils and Rattlers refused to take the field in Orlando?

Here are some pros and cons to consider:

Pro: It would send a message that major black entities are in lock step with Black America in sharing their displeasure over the Zimmerman verdict.

Con: It would be a logistical nightmare to attempt to move the game.  The rent on the stadium has been paid. Hotels have been booked. Events around the site have been scheduled.  All the advertising has been completed.

Pro: A boycott would signify that individual black life is more important than not only a game, football or whatever potential dollars that stands to be made by the schools involved.

Pro: The positive attention that could be gained for both schools and both leagues and the Martin family.

Con: Schools don’t have leverage. MVSU and FAMU are no Alabama or Notre Dame. Would it really matter that much if two small schools decided or threaten not to play a football game that won’t be seen by millions regardless? Only a niche audience will view or be interested in the broadcast anyway. These schools are negotiating from a position of strength in the eyes of TV executives.

Pro: A movement could be credited to both schools. Boycotting the event could spark other schools – BCS and DIII – executing a similar stance.  To be the beacon of social consciousness is valuable to the legacies of those who were involved.

Con: It is unlikely that the MEAC/SWAC Challenge football game will be moved due to binding contract stipulations agreed upon by all parties.

HBCUs, more than any other group of institutions in America, were founded on rallying around and supporting African-Americans who were denied mainstream educational and athletic opportunities due to blatant social injustices. MVSU and Florida A&M would be in a position to continue that mission.