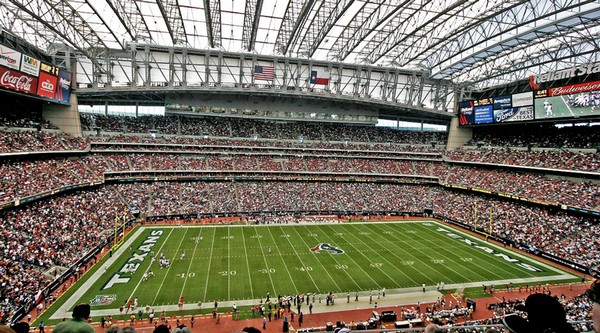 The recent announcement that the SWAC Council of Presidents and Chancellors voted unanimously to relocate the 2013 Toyota SWAC Football Championship and 2014 Basketball Tournament to Houston, Texas for the next three seasons brings a refreshing reassurance that the conference is striving to remain relevant.

“We are looking forward to our partnership with the City of Houston, Toyota Center and Reliant Stadium. The opportunity to play in professional venues enhances the experience of not just our student-athletes, but our fans also, which is our mission”, said SWAC commissioner Duer Sharp.

Not only does this move enhance the experience but bringing the conference back to its birthplace holds great historical value which allows the conference to stabilize its footprint.

Fans, supporters and especially conference alumni have been looking for that one reason to regain excitement about the direction of their beloved conference.

Since the almost 50,000 who attended the 1999 inaugural championship game in Birmingham, Alabama there has been a rapid decline in attendance.

This move gives the conference and its universities the ability to showcase their brands to a larger market, while providing comfort and a sense of growth to its followers.

Houston will provide that breath of fresh air for all the family to enjoy.

There is the Theater District which provides entertainment, restaurants, and movies. The state-of-art Bayou Music Center with its live concerts and stage plays, and let’s not forget the Aquarium and Texas’s largest shopping mall the Galleria.

Who would have thought a meeting in 1920 among six small historical black institutions forming an all black conference would be considered the premiere HBCU conference ninety-three years later.

The move back to Houston not only would have brought joy to the hearts of the “Founding Fathers” but the number of athletes, academic scholars and graduate professionals ranking among the elite in the nation would bring a sense of pride that is second to none.

So as the stands of Reliant Stadium and the Toyota Center begin to fill for the upcoming SWAC events; remember, it’s not just a game, but a part of history.

Opinion: The time to get highly touted Black student-athletes back to HBCUs is now