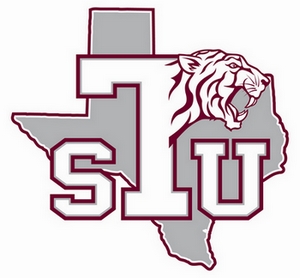 With a new stadium, new coach, and a new outlook Texas Southern is poised to make strides towards returning the program to a championship level. Last season the Tigers concluded the year with a 4-7 overall record (2-7 SWAC).

The Texas Southern Tigers began preparation for the 2012 season on August 6th with their first practice at Alexander Durley Field located on TSU’s campus. TSU’s Asberry is excited about his latest challenge of bringing the Tigers football program back into prominence.

This year with the return of several key players TSU will look to emerge as one of the top teams in the Southwestern Athletic Conference’s (SWAC) Western Division. Texas Southern was picked to finish 5th in the SWAC West in the 2012 SWAC Preseason Poll.

The Tigers will face Grambling State on October 27th and Arkansas-Pine Bluff for Homecoming on November 3rd. The final home game of the season for Texas Southern is November 17th against Mississippi Valley State.

TSU will open the 2012 season against Prairie View A&M on September 1st in the Labor Day Classic at Reliant Stadium. The University of North Texas and Sam Houston State will be the Tigers’ two non-conference opponents for the 2012 season.