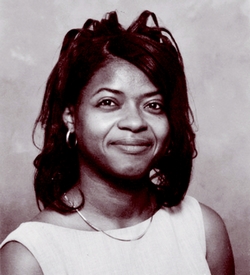 Yvonde Lewis will become the first woman to officiate a football game in the history of the Southwestern Athletic Conference when she is part of the crew at Saturday’s Texas College‐Texas Southern game at Houston’s Delmar Stadium.

Lewis, a Houston native and graduate of Prairie View A&M, has officiated football games of all levels through
high school since 2004.


“Yvonde is aggressive and tough,” said Harold Mitchell, SWAC Coordinator of Football Officials. “She hosted a sports radio program geared towards females in the Houston area. I had observed her at various camps in the Houston area, as well as my camp. Yvonde is being mentored by some well respected ex‐SWAC officials.”

Brunson, who is also an official in the Mid‐Eastern Athletic Conference (MEAC), joins Lewis as one of five female football officials in Division I. Presently the MEAC has three female officials, while Conference USA has one.

“Yvonde and Sebrina are trendsetters who are to be commended not only for their talent but also for their perseverance in becoming football officials,” SWAC Commissioner Duer Sharp said. “We are confident in their ability to execute at a high level and enhance the performance of our football officials.”

SWAC to Remember Myles Brand with Moment of Silence