Why was the Dewayne Wade thread closed Early?

I don't complain about threads being closed Early. In fact out of the 20 plus years of positive never complained. However I am wondering why was this one closed so early? Are moderators now allowed to close thread because their feelings get hurt or because they support a different view? Do we need to elevate this decision to the HNIC SOG? He's much nicer than Kenn. 😂

Those threads get canceled quick when you hurt the feelings of people who support an agenda you don’t go along with. I guess when “Toxic Masculinity” Collides with these sassy males they just fall apart and shut it down. It can’t be help when people can’t handle a debate and have a sense of entitlement especially when giving a little power they will just shut it down or delete your post when they feel the alphabet people agenda is threatened but if we all just posted pics of dudes in drag you better believe that thread would be up to 7 pages and be in HOF by now.
Last edited: Jun 7, 2021

Men can’t be men these days because we have soft ass dudes who love the agenda of the gay community.

I totally agree. People are all about comfort. I say fuk making folks comfortable. I refuse to go with the new soft crew. Men are born with a penis. A penis is supposed to be stuck in a coochie. Not a butt hole.

I was wondering the same

Staff member
It wasn't I, I don't see why it was closed either.....

I didn't know that it existed until Cee brought it up.

Last week it was bonnets. This week it's fanny packs? Are y'all OK? Seriously.
T

Rated R Superstar said:
Last week it was bonnets. This week it's fanny packs? Are y'all OK? Seriously.
Click to expand...

It's the pre-fall football season syndrome. It usually occurs this time of year. The only cure is the first football game around the last of August/first of September. 🤣

"Eye Of The Tiger"

Is this the quarterly thread where all the masculine gay men congregate to complain about the feminine gay men?
T

They say birds of a feather love to flock together. So now that you @Kendrick, @TSU/BAMA , @Rated R Superstar made it the whole flock is here. Hey 🕊️. ~snicker~ Maybe if we talk about Deion Sanders the rest of the bird flock will come too.
T

🤣 Now, who started this thread??

TSU/BAMA said:
🤣 Now, who started this thread??
Click to expand...

I watched the below this morning and it was pretty good...

Since the other thread is closed....

I remember when Dwayne Wade left his wife for Gabrielle Union, he jumped up on TV talking to Oprah. He said he never wanted his kids in the public eye.....
.
.
.
.
Well, at least he got half of what he wanted because I hardly ever see his son Zaire in the media. I sometimes forget about him. I notice that there’s hardly any photos of Zaire with GU but plenty of Zion/Zaya and GU. GU isn’t recorded talking as much about Zaire either. Also, folks refer to Zion/Zaya as “the daughter of Dwayne Wade and Gabrielle Union”, totally disregarding the woman who birthed and raised Wade’s sons.

For somebody who didn’t want his children in the public eye, Dwayne Wade and GU sure dont mind when it comes to this. I see Oprah didn’t interview Siovaughn (sp) Funches Wade to get her side of what went down, nor did she reach out to her mother who took Dwayne in her home.
I hope she gets to really go public with what happened and get to tell how she feels about all this.

What gets me is the same people who brag and love Dewayne Wade and Gabrielle union always talking about the sanctity of marriage, but don't mention the fact Gabrielle union didn't respect that when she was having an affair with Dewayne Wade. She was the side piece who broke up the marriage. This is why I ignore folks who say what they want do. If it fits their hidden agenda they will do it. Facts! 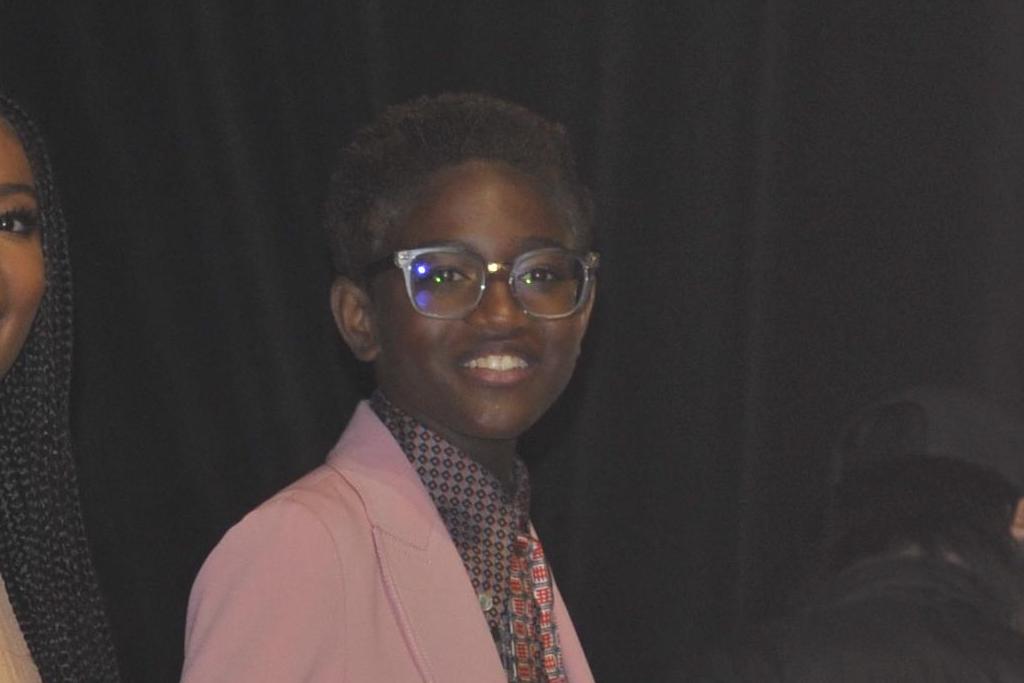 In a new video uploaded on her Instagram, Zaya Wade shows off her blue motif cashmere Fendi ensemble and red marble Fendi handbag.

This country will not be satisfied until every black male have a little sugar in his tank.